A section of legislators sitting on the Committee on Physical Infrastructure of Parliament have come out to warn the public against the move by government to compulsorily acquire peoples’ land without due compensation as proposed in the Road Amendment Bill, 2018.

The legislators, including Busongola North MP, William Nzoghu, Erute South MP, Jonathan Odur and Kapelebyong County MP, Julius Ochen told reporters at Parliament on Wednesday that this amendment is a ploy by government to freely take peoples’ land, which is unacceptable.

Nzoghu said that the Road Amendment Bill, 2018 which has been under process since 2018 seeks to address the means and processes of land acquisition for infrastructure projects.

Nzoghu said that Clause 14 of the Bill seeks to increase the road reserve width from the current 15 meters to 40 meters on either side of the road which means government wants 80 meters for road reserve.

“It must be noted that the current 30 meters applies to only national roads while the proposed 80 meters is meant to cover all roads in the country including village foot paths,” Nzoghu said.

Nzoghu said the group is not convinced by the justifications for the acquisition of all these meters of land let alone the process of acquiring it.

The legislator said that bill has worrisome clauses that if passed would gravely deprive Ugandans of their land as many will be displaced since majority of the population own small portions of land.

“Majority of Ugandans owning plots at the road side do not have land measuring 40 square meters; this means that all such people would lose their land together with the next plots behind their,” Nzoghu noted.

Erute South MP, Jonathan Odur said that the proposal contradicts Articles 26 and 237 of the constitution which gives Ugandans the right to ownership of property.

“The Bill is simply a reintroduction of the failed amendment of Article 26 of the constitution in the Land Amendment Bill, 2017 which Parliament successfully pressured government to withdraw. They are now bringing it in another form to enable government acquire land without compensating its owners promptly,” Odur said.

Odur said that like the Land Amendment Bill, 2017, the bill intends to give the Minister power to declare the Road reserve without regard to the land owner.

They accuse the committee leadership of not conducting the five regional public hearings to capture public opinion regarding the Bill given sensitivity of the proposed amendments.

The MPs have thus proposed that wider consultations be made on the issue, that involve members of the public who are the legitimate land owners.

I’m Neither Hospitalized in Spain Nor in Critical Condition - Kadaga 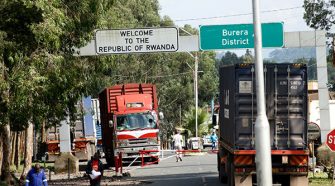