Rwandan health authorities at Kanombe military hospital say they are currently overwhelmed by the numbers of Rwandan Defense Forces injured in the ongoing Rwandan operations in Democratic Republic of Congo (DR Congo).

The injured are being airlifted from different fighting areas in DR Congo to Kanombe. Several of the casualties are said to be high ranking military officers.

An impeccable source told SoftPower News that the RDF were shelled by rebel groups known as the Gumino Rebels and P5 inside DR Congo.

“Many of the FARDC (Congolese soldiers) who were fighting along RDF were also killed. The RDF have wrecked havoc on many Congolese communities, but the Banyamulenge Gumino group are now fighting back and they have killed many Rwandan soldiers,” the source said.

Some of the Rwandan troops are reported to have been captured as prisoners of war by the rebels.

“One of those captured is Lt Col Pierre Karasira of RDF Special Forces along with many of his forces. Others died during ambushes mounted by the rebels,” another source told SoftPower News.

Many RDF cadets who recently completed their training are also said to have fallen in DR Congo.

“Majority of those initially deployed for operations in DR Congo were the recently passed cadets. Following the death of many, RDF Special Forces were deployed to reinforce them. The rebels have now captured several of the Special Forces and killed many,” the source said.

DR Congo locals say Rwanda’s military have been spotted in Congo’s Virunga Park in North Kivu while others were seen crossing to South Kivu, near the border with Burundi.

Others are reportedly seen in the outskirts of Beni and Bunia. Bunia residents recently a held a demonstration to protest the death of many of their people at the hands of the Lendu who they believe are now armed by an external force.

“The Lendu are known to employ machetes in murdering our people. We are, however, shocked to see many of them with guns. We do not know who is arming them to the extent that they overpower the FARDC. Recently the Lendu killed two FARDC who were guarding an armoury and made off with all guns. We don’t know whether the FARDC command is secretly supporting the Lendu to kill us,” a resident of Bunia told SoftPower News.

DR Congo is home to several militia including the islamist Allied Democratic Forces (ADF) who have reportedly killed many in Beni.

OPINION: Is Uganda’s Opposition Ready for a Coalition? 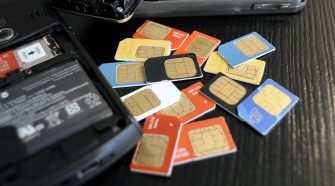 Why Has UCC Ordered Telecoms to Validate Subscribers Data?