The Minister of Security, Gen. Elly Tumwine has asked that he is furnished with all the evidence gathered by the Parliamentary committee probing into recent allegations against him, so he can respond from an informed point of view.

The General who also represents the UPDF in Parliament was recently committed to the Committee of Rules, Privileges and Discipline for thorough investigations into allegations of holding in contempt the Parliament and person of the Speaker.

This followed a matter of national importance raised by Bukonjo West MP, Godfrey Atkins Katusabe on the shoot to kill orders that were allegedly issued to military and police which resulted in the shutdown of Milamwa Abattoir in the area.

Katusabe told the House last week that when he brought the matter to the attention of the Minister of Security in his office, he got a response that to him (Katusabe) was an attack on the institution of Parliament.

“Gen Tumwine responded that ‘Who is the Speaker? Who is she? What is Parliament? The Speaker rules over Parliament, she does not rule over Uganda, this country was liberated by the military and not her Parliament. Do not tell me about your Parliament, the army can not be directed by civiliansâ€™,” Atkins told Parliament.

“This is critical because the future and stability of the country is under attack given such utterances which are a direct attack on the constitution of Uganda,” Katusabe added.

On concluding his submission, a motion was moved by Busiro East MP, Medard Segona, to have Gen Tumwine appear before the committee on Rules for an investigation to be undertaken and a report given to the House.

The General also faces allegations by Dokolo Woman MP, Cecilia Ogwal, that he (Tumwine) threatened her and pulled a pistol at her.

When Gen Tumwine appeared before the committee on Thursday, he asked that the accuser (Katusabe) avails proof that he (Tumwine) made the said statements.

“You see, the facts of each allegation if you trace the whole process of how it started, a lot has been said in the House and in the public,” the Minister said.

“On the aspect of Katusabeâ€™s allegations, first, I need to get all the facts which caused all this. I need time, I would want us to that have all the facts that have been put on the floor. I want all that was said and even said here, so that I can respond”.

He told the committee that he has already retrieved the record as captured in the Hansard of Parliament.

Tumwine as well elaborated that there must be a purpose for the ongoing probe.

“Before you do anything, you must ask ‘What is the purpose?â€™ Where did it come from, where has it reached now, where we want to take it and how we shall take it there,” he said to the committee.

“We must have what we want to have from this inquiry. I have listened to the terms of reference which you have read to me, and I now know. I cannot go straight to those detailed facts. Let the one who has alleged first give all the facts”.

He says that if Katusabe indeed alleges that Tumwine made the utterances that were revealed to the House, “it is up to him, let him prove what I said”.

In his comment, Chairperson of the committee, Ongalo Obote said: “The facts before us are straight forward. These are instances of occurrence in which the accusers (Cecilia Ogwal and Atkins Katusabe) are on one side and you are on the other side”.

“All that the committee wants from you is your version of what happened on that day when he came and you had those 3 hours with him. What he says you said, is it true or not. We canâ€™t establish more facts beyond what we have”.

However, Butambala county MP, Muwanga Kivumbi backed the Minister, asking that the record of the committee be availed to him if that will help him give a more adequate response to the allegations against him.

Bugweri county MP, Abdu Katuntu too said the General is entitled to the evidence given by Katusabe before the committee. Failure to provide this evidence, Katuntu said, could give Tumwine grounds of claiming he was not aware of the allegations.

In his submission, Theodore Sekikubo, the MP for Lwemiyaga county also supported the witness for evidence to be availed.

“I request Chair that you allow your Secretariat to have that evidence adduced yesterday and give it to him. It serves no harm. We may give him a limited time so that we reconvene tomorrow”.

He however said that whereas the General fought for restoration of peace, he should not hold the the same freedom he fought for hostage.

The committee Chairperson ruled that the defendant (Tumwine) reappears before the committee on Friday at 11am to make a response.

“I Donâ€™t Mind Being Called Mama, No Mother Should” - Miss Uganda CEO 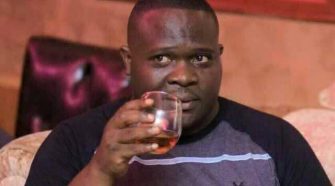