The Speaker of Parliament, Rebecca Kadaga has committed the State Minister for Defense, Charles Okello to the Parliamentary committee on Rules, Discipline and Privileges over contempt of the House.

The Speaker’s directive came after the Minister failed to respond to the concerns raised by Members of Parliament over Parliament’s resolution to withdraw UPDF Fisheries Unit from the lakes which has not been implemented.

The Ministry of Defence was Wednesday expected to present a statement on the status of the implementation of Parliamentary resolution to suspend all operations of UPDF Fisheries Protection Unit on the water bodies in Uganda within a period of less than a month. However, the Ministry was not ready .

Engola was faulted for undermining Parliament when he failed to produce to Members of Parliament a written statement on the matter as Rules of Procedure demand.

He told Parliament that he was waiting for the board of inquiry into the matter to produce a report on its investigations after which he would give Parliament a detailed report on Tuesday next week. This however angered legislators.

“Even if you didn’t have a statement ready, you would have written that and presented it to Parliament,” noted the Speaker Rebecca Kadaga.

“We have Article 118, this House is not a market, the matter has been on the order paper, you are supposed to come with a statement, send to the Clerk and distribute to the members before you come,” Kadaga noted.

Kadaga’s concerns were amplified Mukono South Member of Parliament, Muyanja Ssenyonga who demanded that the Minister be censured for acting contrary to what was required of him by the rules.

“We were here on 19th December, there is no single day that the Minister of Defence nor the State Minister has ever bothered to go to Karamoja. They are just seated in Kampala and that is why they can’t produce a report; I don’t see why we don’t come up with a motion to censure the Minister because he is not performing,” Ssenyonga said.

This prompted the Speaker to rule that the Minister appears before the Rules Committee to answers issues relating to contempt of Parliament.

“It is time this House took action. I want to instruct the Rules Committee to proceed against the Minister of State for Defence and Veteran Affairs under Rule 221 (4) for contempt of this House,” Kadaga ruled. 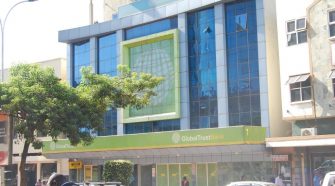