The 2019 World Happiness Report has been released ranking Uganda in the 136th place out of 156 countries across the globe.

The World Happiness Report is a landmark survey of the state of global happiness that ranks 156 countries by how happy their citizens perceive themselves to be.

It is produced by the United Nations Sustainable Development Solutions Network in partnership with the Ernesto Illy Foundation.

The 2019 report which is the seventh since the first one was released in 2012, had input from John F. Helliwell (University of British Columbia, and Canadian Institute for Advanced Research), Richard Layard (London School of Economics and Political Science) and Jeffrey D. Sachs (Columbia University) as Editors.

Each report includes updated evaluations and a range of commissioned chapters on special topics digging deeper into the science of well-being, and on happiness in specific countries and regions. Often there is a central theme.

The 2019 report used data from the Gallup World Poll. The rankings are based on answers to the main life evaluation question asked in the poll - called the Cantril ladder. It asks respondents to think of a ladder, with the best possible life for them being a 10, and the worst possible life being a 0.

They are then asked to rate their own current lives on that 0 to 10 scale. The rankings are from nationally representative samples, for the years 2016-2018. They are based entirely on the survey scores, using the Gallup weights to make the estimates representative.

“This year we focus on happiness and community: how happiness has been changing over the past dozen years, and how information technology, governance and social norms influence communities,” the 2019 report reads in part.

World over, Finland has been ranked on top of the happiest countries. In second place is Denmark, followed by Norway, Iceland and Netherlands.

The report indicates that there is a link between the government and happiness and that what governments do affects happiness. In turn, the happiness of citizens in most countries determines what kind of governments they support.

“The effects of government actions on happiness are often difficult to separate from the influences of other things happening at the same time. Unravelling may sometimes be made easier by having measures of citizen satisfaction in various domains of life, with satisfaction with local and national governments treated as separate  domains,” the report states.

The rise in the use of digital media and smartphones has significantly changed the happiness patterns world over, according to the report. It (report) uses a case study of U.S to explain how over the last decade, the amount of time adolescents spend on screen activities (especially digital media such as gaming, social media, texting, and time online) has steadily increased.

“During the same time period that digital media use increased, adolescents began to spend less time interacting with each other in person, including getting together with friends, socializing, and going to parties,” reads the report.

It adds that several studies have found that adolescents and young adults who spend more time on digital media are lower in well-being. For example, girls spending 5 or more hours a day on social media are three times more likely to be depressed than non-user. And heavy internet users are twice as likely to be unhappy compared to heavy users.

The amount of time adolescents spend online increased at the same time that sleep and in-person social interaction declined, in tandem with a decline in general happiness, according to the report.

An Evaluation of the Evidence, by Lara Aknin, Ashley Whillans, Michael Norton and Elizabeth Dunn, shows that engaging in prosocial behavior generally promotes happiness, and identifies the conditions under which these benefits are most likely to emerge.

Specifically, people are more likely to derive happiness from helping others when they feel free to choose whether or how to help, when they feel connected to the people they are helping, and when they can see how their help is making a difference.

34 mins ago
News in Pictures 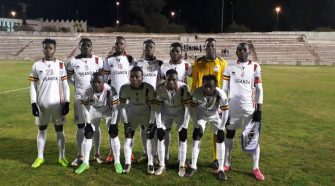