According to the results released by the Commission’s Chairperson, Priscilla Chigumba, they have fully tallied votes from seven (7) constituencies, out of which Mr Mnangagwa of the ruling ZANU-PF won six (6) beating his closest rival, Nelson Chamisa of the MDC alliance who has so far won only one constituency.

There are 210 electoral constituencies in Zimbabwe and the final results are expected before August 4.

She further dismissed claims by some opposition politicians that she is under pressure from the ruling ZANU-PF leadership to undermine the electoral laws governing release of election results.

This is the first election in the Southern Africa nation since the ousting of former President, Robert Mugabe who had ruled for 37 years.

The 16 million people country has a total of 5.6 million registered voters out of whom 43% are below 35 years.

In the contest that has attracted a whopping 23 candidates, the tightest competition is expected to be between Mr Emmerson Mnangagwa, 75, and MDC’s Nelson Chamisa, 40.

Mr Chamisa has already announced that he had “resoundingly” won the elections and that he only waits declaration from the electoral body.

“Winning resoundingly. We now have results from the majority of the over 10,000 polling stations. We’ve done exceedingly well. Awaiting ZEC to perform their constitutional duty to officially announce the people’s election results and we are ready to form the next gvt. #Godisinit”, Mr Chamisa tweeted on Tuesday morning.

There has been a huge voter turnout and International election observers have already described the voting exercise as having been generally “peaceful”. 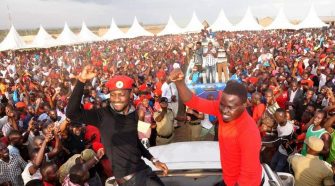