The Financial Intelligence Authority has revealed that it is probing into a number of transactions involving over 10 organizations. This is contained in a letter issued to different financial institutions in Uganda requesting that the institutions avail information.

SoftPower News has obtained a copy of a letter authored to Sydney Asubo, the Executive Director, addressed to the Managing Director of Equity Bank (U) Ltd. Reliable sources in other banks have disclosed to this news website that they too got the request from FIA.

FIA also said in the letter that the transactions involving Democratic Governance Facility, National Association of Professional Environmentalists and Africa Institute for Energy Governance and Kick Corruption Out of Uganda are also under review.

“The purpose of this communications therefore is to request you to search your databases and avail us account opening documents, bank statements for the last three years and any other information available to you linked to each of the above listed entities for our further review,” Sydney’s letter reads in part.

For a many years, government has expressed skepticism over the activities in which many of the non-governmental organizations are engaged in. The President has previously accused NGOs of working with foreign entities and governments to push their agenda often against the Ugandan government.

However NGOs deny these claims.

In 2017, Bank of Uganda ordered for bank accounts held by poverty focused international organization Action Aid in Uganda to be frozen by its banker Standard Chartered bank.

Earlier on, Police had raided and locked the offices of Action Aid before confiscating items including laptops and cell phone handsets from its employees.

The raid came in the wake of protests in Kampala city against a proposed amendment of the constitution to remove the Presidential age limit. Police took significant documents on the non-governmental organisation’s financial transactions.

A similar raid was made on another NGO Great Lakes Institute of Strategic Studies (GLISS). Police later said in a statement that Action Aid and GLISS were suspected of receiving foreign funding to destabilize the political statusquo. 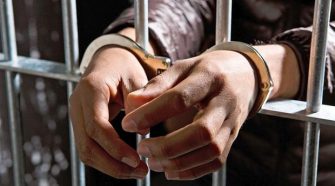