The Ministry of Health has released its findings on the investigation on the contents of the seized falsified Hepatitis B vaccine, reporting that the said vaccine did not have harmful effects on the individuals who received it.

A comprehensive report from an investigation into the fake vaccine was released to the press on Friday by Health Minister, Dr Jane Ruth Aceng at the Ministry headquarters in Kampala.

The investigation was triggered after the National Drug Authority (NDA) during its routine market surveillance visits in March 2018, picked about 48 vials of suspected falsified Hepatitis B vaccines in Mbarara.

The vaccines had labels similar to those used to label the 10ml multi-dose Hepatitis B Vaccine manufactured by the Serum Institute of India (SII).

Subsequent operations conducted in drug outlets in Western and Central Uganda seized a total of 196 suspected falsified 10ml units of the Hepatitis B Vaccine purportedly manufactured by the Serum Institute of India.

An investigation was launched to ascertain; actual contents and composition of the suspect vaccines, how they came into the market and whether there were any side-effects from the recipients of the suspected vaccine.

Now, findings reveal that a test on the Active Pharmaceutical Ingredients (API) discovered that “there were no residual chemicals, contaminants, bacteria or fungi in both samples (the genuine and suspected), meaning that there was no possible harm to even to those who received the falsified vaccine”.

In addition, the test on in-vitro potency found the falsified vaccines to have had significantly lower antigen potency than the authentic vaccine- thus reducing its efficacy to those who received it.

According to a July 27 testing certificate by Serum Institute of India, the falsified vials of the vaccine were found to have less potency levels than the recommended specifications and or potency.

In the field of pharmacology, potency is a measure of drug activity expressed in terms of the amount required to produce an effect of given intensity.

“Given the reduced potency levels observed in the falsified samples, the falsified vaccine may not have elicited the expected immune response that is protective against hepatitis B infection for the individuals who received this vaccine,” the Ministry of Health says in the report.

The protective ingredient (a protein from the surface of Hepatitis B Virus) was present in some falsified samples and absent in others, thus presenting uncertainty in efficacy of the falsified vaccines, the report further states.

Regarding the likely side effects, NDA reports that it has monitored side effects amongst those who received the falsified vaccines “but none have been reported and identified”.

In a bid to reduce the infiltration of poor quality medicines and health care products on the market, NDA has said it is fast-tracking the establishment of its state of the art microbiology laboratory that will significantly increase the scope of testing.

NDA is also widening its footprint especially at the border crossings so as to seize falsified drugs before they enter the country.

“To this effect, NDA will in the 2018/2019 financial year have physical presence at all the one stop border points of Mutukula, Mirama Hills in addition to Busia and Malaba,” reads the report.

Internally, the Ministry of Health is accreditating the private health facilities that are interested in offering Hepatitis B vaccination.

In its report, the Ministry has warned all those involved in the diversion and theft of government medical supplies that they will be dealt with strongly.

It has also urged the public to increase their vigilance, not for just the hepatitis B vaccine but all medicines. All licensed dealers and pharmacies are required to prominently display their licenses at their premises. 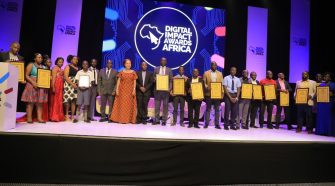