The LC5 chairman Mubende district, Kibuuka Amooti, has hailed stakeholders in the HIV fight and pledged to team up with them to implement the presidential fast-track initiative on eliminating the scourge of HIV & AIDS in Uganda by 2030.

“We need to push this initiative, the first such initiative in Africa and the entire world,” he said.

“The initiative follows concerns by the president about the increasing prevalence of the killer disease in the last few years, despite tremendous achievements in the past,” says Kibuuka.

President Yoweri Museveni launched the initiative on June 6 this year.

Kibuuka was launching an innovation program in Kiyuuni sub-county that is hoped to curb unemployment amongst vulnerable adolescent and young women.

Dubbed ‘Sparked Women’, the project will train young women between 15 to 24 years in creative skills and innovations and create employment opportunities for as many as 7,772 women.

“A woman is the greatest gift everybody has ever received,” said Kibuuuka.

“She plays a significant role to the society. As she strives to nurture and teach a child, she explicitly makes the world a better place. She indeed rules the world.

“I am therefore happy with these innovations to address factors leading to vulnerability of young women to ensure that they can prevent new HIV infections,” said Kibuuka.

The International Community of Women Living with HIV in Eastern Africa (ICWEA), a regional advocacy network, is spearheading the project in partnership with SAWA WORLD, NAFOPHANU, and Health Entrepreneur Model, with support from AIDS FOND.

The Sparked Women project is part of a bigger program called DREAMS, a PEPFER program that was started with the intention of reducing new HIV infections among young women. 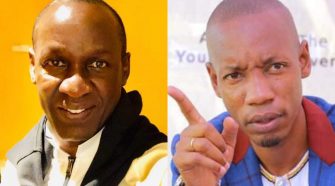