Rwanda’s Minister in charge of East African Community, Olivier Nduhungirehe is leading a delegation from Rwanda for the second meeting of the Ad-hoc Commission on the Luanda Memorandum of Understanding (MoU) taking place at Speak Resort Hotel Munyonyo in Kampala.

The engagements are part of efforts to normalize relations between the two countries which have been frosty since February this year when Rwanda closed Katuna border post Initially advancing construction works. Ugandan cargo trucks were blocked from crossing to Rwanda and the Kigali administration would later stop Rwandan nationals from entering Uganda. President Paul Kagame of Rwanda would later reveal that the move was political.

The meeting held today was earlier scheduled for November 18, but Rwanda later requested for an extension.

In a tweet communicating Rwanda’s pulling out of the November talks, the Uganda government spokesperson, Ofwono Opondo did not state why they had shunned away from the meeting. He said: “The media is hereby informed that the second meeting of the Adhoc Commission on Luanda MoU between Uganda and Rwanda scheduled for November 18, 2019 in Kampala has been postponed at the request of Rwanda. A new date will be communicated.”

But on Thursday evening, Opondo revealed in another tweet that: “Tomorrow’s (today) meeting will be attended by the delegations from Angola and Dr. Congo who are the facilitators to the Luanda MoU. All delegations have confirmed their participation through Uganda’s Foreign Affairs.”

The meeting which was expected to start earlier on Friday would later kick off at 4:50pm. Delegates from Uganda arrived earlier than their Rwandan counterparts.

In September, the first Ad-hoc Commission meeting to follow up on the Luanda resolutions was in Kigali, attended by delegations from Uganda and Rwanda.

During the Kigali engagement, Rwanda was tasked to provide a list of Rwandans detained in Uganda and the republic of Uganda committed to verify the information for the purpose of processing those named through due judicial process and releasing those against whom no evidence of criminal conduct will have been found.

Both Uganda and Rwanda reiterated their commitment to refraining from any acts of destabilization against each other, after which the two parties resolved to hold a second follow up meeting in Kampala on October 16 to review the progress of the implementation of the Luanda MoU, but it did not happen.

In his welcoming remarks, Domingos Manuel, the Angolan External affairs minister, expressed optimism in the ongoing talks saying that Angola is committed to facilitate them to their logical conclusion.

“In the first meeting in Kigali last September, we witnessed the political will of both governments of Uganda and Rwanda towards an agreement that will further improve the bilateral relations between the two countries to the benefit of the respective populations. That showed to the world that in the spirit of the African brotherhood and solidarity, Africans can find solutions to any dispute that may emerge between them by using peaceful means through dialogue,” Manuel said.

Meanwhile, after the welcome remarks, the delegates of both countries went in a closed session which is currently ongoing and are expected to release a joint communiqué as well as addressing the press thereafter.

It is not clear whether Rwanda will be able to provide a list of the ‘illegally’ detained Rwandan nationals in Uganda since sources say that the reason to why they skipped the November 18 talks is that they did not have it.

Some commentators are already questioning Minister Nduhungirehe’s moral authority to positively and objectively make impact in the ongoing talks given his past behaviour in regards to the efforts to resolve the impasse.

It should be remembered that in the Luanda MoU, Presidents Paul Kagame and Yoweri Museveni agreed to immediately effect some of the resolutions including respecting and protecting the rights and freedoms of the nationals of either party residing or transiting in their national territories as well as allowing nationals to freely resume movements across the two countries.

Nduhungirehe would the following day say that the travel advisory to Rwandan citizens against traveling to Uganda was still standing despite the signed peace and security pact.

“Rwandans can only be allowed to travel to uganda after Uganda releases the arrested Rwandans,” Nduhungirehe said, signaling what many commentators described as “lack of will to restore normalcy by Rwandan authorities.”

He also continues to use social media to accuse make accusations against Uganda, something which is against the Luanda Memorandum of Understanding. 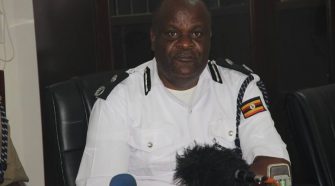