Hajji Siraji Lyavala, the former Chairperson of Bugiri district in Eastern Uganda, has Wednesday passed on after succumbing to kidney failure.

News of his death was confirmed by Kawempe North MP, Latif Ssebaggala who told this news website that Lyavala had spent two days in Intensive Care Unit (ICU) at Platinum Hospital in Kampala. This is where he died from.

“Very sad news about the death of our dear comrade and strugglist Hajji Lyavaala. He will be greatly remembered for standing and supporting us in the Bugiri by-elections amidst all State intimidation,” said Ssebaggala.

When Bugiri municipality was created, Lyavala of the National Resistance Movement (NRM) expressed interest in representing the constituency in Parliament. He contested in the NRM primaries and lost to Francis Oketcho.

He thereafter decided to pull out of the race in favour and threw his weight behind the opposition candidate, Asuman Basalirwa of Justice Forum (JEEMA), who subsequently won the race.

During one of the campaign rallies, he said: “I also wanted this seat but I discovered that Bugiri was bigger than me. I then looked among all contestants and discovered that Basalirwa was the right man”.

By publication time, the body of Lyavala was still at Platinum Hospital and the family members and close friends of the deceased were still in meeting planning the burial arrangements.

“We shall brief you on the arrangements after this meeting,” Asuman Basalirwa told SoftPower News on Wednesday morning. 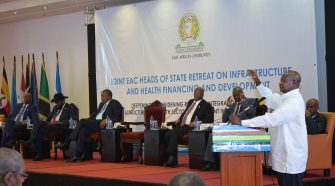