At Pyramids FC, he has been signed on a two-year contract.

“I am very grateful having joined Pyramids football club. I was very focused on Uganda Cranes duty and and respected FUFA very well but I decided very quickly. I am now focused on my new project,” Desabre said in reaction to his new assignment.

Over the weekend, FUFA announced that they had mutually agreed with Desabre to terminate his contract one year to its expiry and that the move was for the benefit and growth of both parties.

His resignation came moments after a great performance by The Cranes in the ongoing Africa Cup of Nations tournament in Egypt where they managed to reach round of 16 of the tournament after over 40 years.

“FUFA recognises the contribution by Mr. Desabre for the improvement of the sporting and professional organisation of the Uganda Cranes inclusive of qualification to the AFCON 2019 Finals and also to the Round of 16,” FUFA said in a statement.

Prior to coming to Uganda, the soft-spoken tactician had managed football clubs like ESC Rocheville in France as assistant Coach, ASEC Mimosas in Cote D’Ivoire, CS Garoua in Cameroon and ES Tunis in Tunisia.

Uganda Cranes is the first and only national team he has managed.

A number of Ugandans have already taken to social media wondering how Sebastian Desabre could land such a ‘juicy’ job in a period of hours after leaving Cranes, saying he must have been planning the move even when he was still with the team.

But, his at club level speaks it all, despite managing a number of clubs, the Frenchman has never lasted at them more than 16 months.

Found in 2008, Pyramids FC sits second in the Egyptian Premier league and has had four managers since, including Alberto Valentim, Ricardo La Volpe, Hossam Hassan and Ramon Diaz who departed last month. Desabre is their fifth Coach. 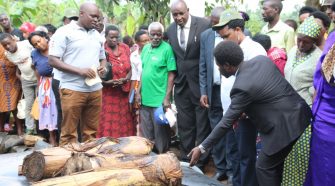