Former East African Legislative Assembly (EALA) MP, Sheila Kawamara has vented anger towards the Immigration Office of the United Kingdom (U.K) for what she calls injustice and violation of her rights after two of her children were denied Visas to the U.K even after they had provided all the requirements. Her passport was also confiscated. She terms the actions as racist.

Below is a post authored by Sheila Kawamara. It has been published verbatim.

Friends, you have to hear me out. I’m raging with anger against the British Government Home Office and in particular the UK Visa and Immigration officers, responsible.

I never want to throw my personal outbursts on social media, but I think when you have to put up a fight against people or establishments that are stronger than you, then the best way to get them to hear you out is to use all forms of media.

When those with authority oppress ordinary citizens, by cowardly hiding behind institutions, we must face them by crying out loud. Laying ourselves bare and boldly facing them.

I know not many media houses would want to open up battles against their masters, but I will dare the mighty and powerful, because I believe very strongly that I’m suffering a gross injustice. I know many African brothers and sisters have suffered worse, but why should I remain silent? Thanks to social media and facebook.

Yesterday, April 25, my daughter arrived in the United Kingdom, all alone to celebrate her pre-wedding celebratory moment with her fiancee’s family. Painfully I could not be with her,nor her siblings who were denied visas. Reason given by the cowardly anonymous officer, that he or she “could not guarantee that they were genuine visitors to the UK and that they were likely to return to Uganda after their stay.”

What impudence is this? My daughter and son are both lawyers, recently enrolled and in gainful employment. At least they are not begging for food or homeless. Mr./Ms. Anonymous, where did you expect my children, who are just out of school to have got the huge bank accounts as proof of their genuineness and financial status?

My question is, as a family, if we had proof of air tickets, hotel bookings, invitations etc. that were demanded by the UK Visa and Immigration, what made Mr./Ms. Anonymous think that we wanted to use this opportunity to run out of warm, comfortable and beautiful Uganda to permanently settle in the cold, possibly on the streets as homeless aliens in the UK. At least I know for sure, neither me, nor my children would make such a miserable exchange or take such a pathetic decision.

As the mother to the bride, I applied for a Visa to the UK over 20 days ago, went through the laborious and tormenting experience of filling the hopeless Visa forms asking me to provide my most private details; attached all the so called necessary documentation; including proof of my widowhood, the death certificate of my husband, bringing all the sad memories and stripping myself, almost naked to prove my financial worthiness and assets (of course which are far more than those owned by majority of Britons and earned honestly through hard work).

All this I did to simply accompany my daughter to officially meet with the parents of her fiancee and also be with the mother of her fiance, who is extremely ill and she will not be attending their wedding in Kampala, next month.

What does someone in authority do? Decision taken, deny the siblings the Visas and since I have all the requirements fulfilled, hold onto my passport. Today I receive two communications from TLS telling me now that my passport has been forwarded to DMC for processing.

Later this evening I receive another message from TLS that my Visa is being worked on. Guys I cancelled my travel, so I will not be travelling to the UK. At least not now. So what decision are you making?

Please just return my passport since I have already lodged my complaint to the UK Home Office. Your actions were irresponsible, a violation to my rights and those of my family here in Uganda and in the UK. I have a right to associate and freedom to move wherever I want. Racism cannot be used to control the world. And I resist injustice in whatever form. 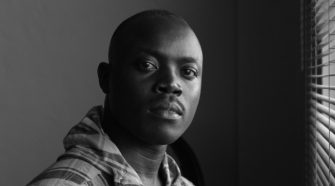