Ruth is a Senior Counsel and currently a Founding Partner at Ligomarc Advocates since 2003.

She is a Commissioner at the Judicial Service Commission which advises the President of Uganda on the appointment of Judges, exercises disciplinary control over Judicial officers and advises on the administration of Justice in Uganda.

Ruth succeeds Bemanya Twebaze the Registrar General of Uganda Registration Services Bureau (URSB) who had assumed the role of Administrator of UTL in 2017 after the telco became insolvent. It followed the exit of Ucom Limited, a Libyan owned firm that owned 69 per cent shares in March 2017.

Sebatindira’s appointment is contained in a Thursday ruling by the High Court Judge, Justice Lydia Mugambe. 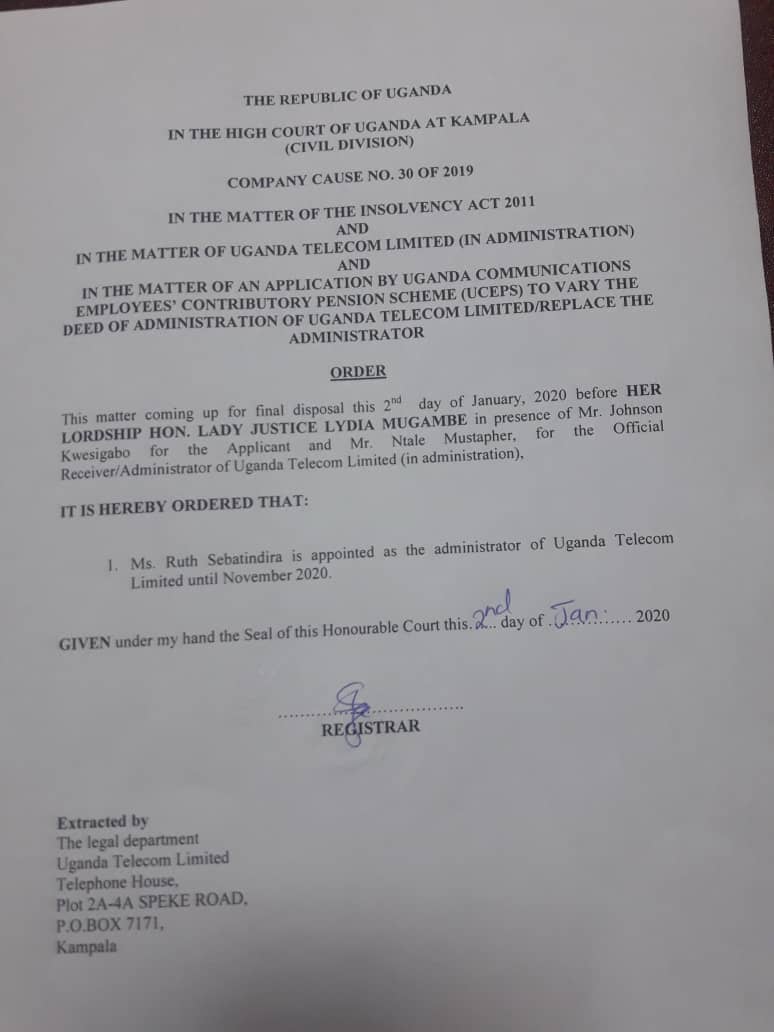 It follows a court process in which UTL creditors accused the  administrator of failing to perform his roles.

The court application against Bemanya was filed by the Uganda Contribution Employees’ Contributory Pension Scheme (UCECPS) which is one of the major UTL creditors. UTL owes UCEPS in excess of Shs 12 billion.

The creditors argued that Bemanya failed to perform his roles when he failed to collect the outstanding amounts due to UTL from government departments.

UCEPS also alleged that the debt owed to it had increased significantly instead of reducing and that it had lost confidence in the administrator’s capacity to turn the company around.

They alleged that Bemanya failed to find an investor who can recapitalise and operate UTL as well as paying all claims against the company on time.

However, in a sworn statement to court, Bemanya said that UCECPS’ claims were to be satisfied by the proceeds of the sale of the property of the company. He argued that it was premature to conclude that he had failed to perform prior to the said sale.

He also referred to July 9, 2019, meeting with the Board of Trustees of UCEPS where he explained to them that UTL was still insolvent and he committed to make payment as and when the funds permit.

For the most part of the second half of 2019, Bemanya and State Minister for Privatization and Investment, Evelyne Anite were engaged in a dispute with the latter insisting Bemanya should be replaced as UTL administrator.

In a June letter to the Attorney General, Minister Anite said government had encountered considerable difficulty dealing with the Administrator and had completely lost confidence in his ability to continue to serve the role of UTL Administrator.

The protracted dispute sucked in the Attorney General’s office, the Auditor General, Minister of Justice, Minister of Finance and later the President.

On November 9, President Yoweri Museveni wrote to the Justice Minister Kahinda Otafiire, informing him that Bemanya must be replaced.

In his letter, Museveni said that appointment of a new administrator would bring cohesion in the government’s efforts to revamp UTL.

He said this would also address the frosty relations between Minister Anite and Bemanya.

In a extra-ordinary meeting of UTL held at Ministry of Finance headquarters in November last year, members resolved that a new administrator be appointed following the expiry of Bemanya Twebaze’s tenure.

The meeting also resolved that the administration of UTL be extended for a year effective November 22, to allow for the completion of the audit exercise by the auditor general as per the order of court.

“A new administrator be obtained in accordance with the law following the lapse of the current administrator’s tenure on November 22” the resolution of the extra-ordinary meeting signed by the minister of Finance, Planning and Economic Development Matia Kasaija read. 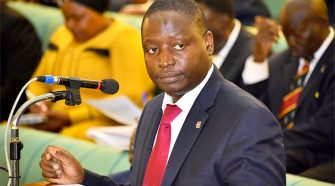