Former sports star and actor OJ Simpson granted parole after serving almost nine years for armed robbery.
In 1994, Simpson was arrested for the murder of his former wife, Nicole Brown Simpson and her friend Ron Goldman, and was later criminally acquitted following a series of fumbles in the case after a lengthy and internationally publicized trial.

According to recent polls, the vast majority of Americans believe he is guilty in the murders of Brown-Simpson and Goldman.

The families of the victims filed a civil suit against him, and in 1997 a civil court awarded a $33.5 million judgment against Simpson for the victims’ wrongful deaths.

In 2007, Simpson was arrested in Las Vegas, Nevada, and charged with the felonies of armed robbery and kidnapping. In 2008, he was convicted and sentenced to 33 years imprisonment, with a minimum of nine years without parole. He served his sentence at the Lovelock Correctional Center in Lovelock, Nevada. Today 20th July 20, 2017, Simpson was granted parole. He is scheduled to be released from prison on October 1, 2017. 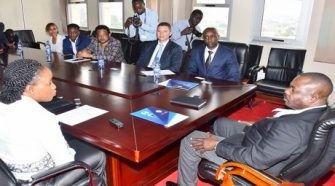