The 41st President of America died in Houston, Texas, according to his spokesperson Jim McGrath.

He served until September 1945 after which he attended Yale University. Upon graduating, he moved his family to West Texas, where he entered the oil business and became a millionaire by the age of 40 in 1964.

His first attempt at political office was when he ran for Senator in 1964 but was defeated. Later, he won election to the House of Representatives from Texas’ 7th district in 1966.

In 1971, he got appointed as Ambassador to the United Nations by President Richard Nixon and subsequently as Ambassador to China in President Gerald Ford’s term. He later was reassigned to the position of Director of Central Intelligence.

It was in 1980 that Bush ran for president in 1980 but was defeated in the Republican primary by Ronald Reagan and instead appointed Vice President. In 1988, he became America’s 41st President.

His death comes eight months after his wife, Barbara Bush, passed away at the age of 92.

Former President Bill Clinton and wife Hillary said: “Few Americans have been – or will ever be – able to match President Bush’s record of service to the United States and the joy he took every day from it.”

Barack Obama said: “America has lost a patriot and humble servant in George Herbert Walker Bush. While our hearts are heavy today, they are also filled with gratitude”. 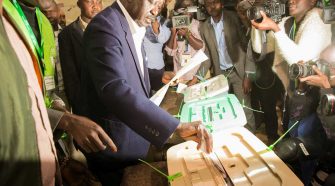