Uganda and France have Friday signed two loan financing agreements worth over a trillion shillings towards supporting access to water and sanitation in the Greater Kampala and in the South Western of Uganda.

The two projects will be implemented by National Water and Sewerage Corporation and are in line with Uganda Vision 2040 and the National Development Plan (NDP).

France through the French Development Agency extended a concessional loan of 150 million Euros (Shs 630bn) towards increasing the volume of clean water as well as the network needed to meet the demand of the growing population of the Greater Kampala.

The second concessional loan of 120 million Euros (Shs 503bn) will focus on upgrading the water and sanitation infrastructures of Masaka and Mbarara towns but also prepare for a new source of water in the transboundary River of Kagera enabling to plan to supply rural districts like Isingiro district.

The official signing of the agreements on Friday was done between Uganda’s Finance Minister, Matia Kasaija and the French Ambassador to Uganda, Stephanie Rivoal at the Ministry of Finance headquarters in Kampala. The Managing Director of National Water and Sewerage Corporation (NWSC) Dr Eng Silver Mugisha also witnessed the signing.

The French embassy said in a statement that the preparation of such projects “reflects the consistency of commitments from both France and Uganda with positive impact on social inclusiveness and climate change, symbolized by AFD’s slogan ‘a world in common’”.

The Minister Kasaija lauded the French government for the financial assistance, and gave assurance that the funds will be properly and exclusively utilized by the government agencies for the activities earmarked.

In her remarks, after the signing, the French Ambassador, Stephanie Rivoal said access to water and adequate sanitation is a major contribution to human development.

“It does improve health, especially for the little one but also enhance poverty reduction and gender equality,” Ambassador Rivoal said.

The French envoy added that there is a great need to ensure that the resources required to achieve these objectives are secured and efficiently utilized.

“Because girls and women are often the one fetching the water, access to clean water will enable these girls to go to school and these women to invest in small businesses”.

She appealed to government to be diligent in fulfilling all transboundary water requirements regarding the River Kagera to avoid any delays in the implementation of this project.

In Uganda, AFD has reached 1 billion Euros of commitments over the last 20 years, more than half of this during the past two years.

The projects are in the areas of infrastructure (including water, sanitation, energy and urban development, including urban transport), preserving the environment and enhance adaptation to climate change, supporting job creation, access to finance as well as social and environmental good practices in the private sector. 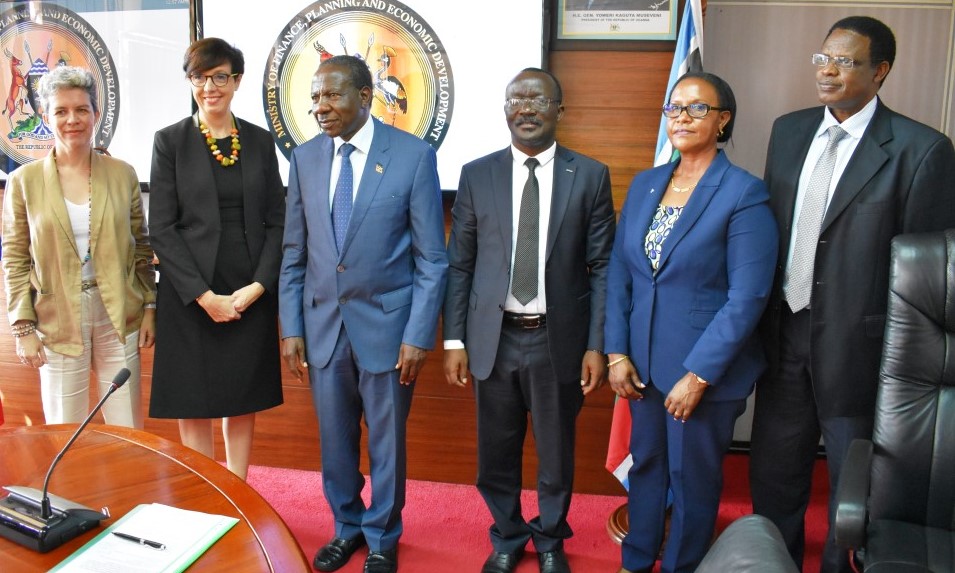