The Judiciary is again in the eye of the storm following allegations of a corruption scandal in which millions of Shillings were allegedly embezzled by Senior officials, judges as well as other administrators.

In a shocking dossier penned by Mandu Julius Wamukhiyi a former Accountant for the Integrated Financial Management System (IFMS) in the Ministry of Finance, Senior officials including the Permanent Secretary/Secretary to the Judiciary, Kagole Expedito Kivumbi and a Judge are accused of orchestrating illicit financial transactions.

The purported high level corruption syndicate is exposed in a missive Wamukhiyi wrote to the Chief Justice, Bart Katureebe in August of this year.

In the letter dated August 14, Wamukhiyi reports requisitions of huge sums of moneys for activities over and above the budget allocations and illicit payments made to personal accounts.

He cites names of individual officers within the judiciary whom he accuses of embezzling millions of Shillings in a space of months. Among them is Juliet Nantongo (who allegedly embezzled Shs 42m), Kusiima Juliet (Shs 12.8m), Bbosa Norman (58m), Nnagirinya Louise (61m) and Kiiza Maria Okonye (Shs 41m).

Wamukhiyi also accused the Registrar of the High Court, Chemutai Tom of complicity in swindling Shs 1 billion in double payments for requisitions of official activities. This money which is wired through the Registrar’s account is later picked by the Permanent Secretary and the Senior Accountant and used to acquire personal properties, Wamukhiyi alleges.

The dossier stems from what the whistleblower (Wamukhiyi) terms as harassment and false accusations against him by the Permanent Secretary, Expedito Kivumbi and other compromised officials, for defying to aid this corruption.

As Secretary to Judiciary/Permanent Secretary, Kivumbi oversees the Administration and Finance Department which is a support department for the Judiciary for general administration and management of human and financial resources as well as maintenance and control of assets.

In October last year, he was told to account for Shs 250 million which he says he had no idea how it was spent.

He was also directed to write loose minutes’ requisition of huge sums of money, to authorize payments of fictitious procurements and payments for activities or travels that officials never did.

He says he was also ordered by his Seniors to write off payments of unauthorized allowance rates to junior officials loyal to the corruption syndicate as well as payments of fees for relatives to acquire Degrees of Masters in the U.S with approval from the JTI Governing Council. But he refused to comply with these scheme, he says.

“As a result of nib compliance, I was summoned by the Permanent Secretary, Ms Asiimwe Clare the Senior Assistant Secretary, Senior Accountant and at one time the Under Secretary in one of the four meetings where I was instructed by the PS to formally write to the Accountant General for a transfer through the PS,” Wamukhiyi writes.

He equally could not do this since there was no reason in terms of knowledge or operations gaps in doing work at the judiciary.

Nonetheless, he was a month later forced to withdraw his duties at IFMS and deployed at the Judicial Training Institute (JTI) where he assumed his duties in February 2018.

But there, he continued to face challenges of resistance from the Senior Accountant and the Permanent Secretary, ridicule, undermining, delay in releasing funds despite timely submission of requisitions and accountability.

In August of this year, Wamukhiyi who among others was a custodian of the JTI Safe says he was was interdicted from office on claims that he broke in and tampered with the Safe. He was subsequently forced to handover the office in July.

In his exposé, he informs the Chief Justice that “most recently my lord, allegations have been made against me by unknown people that I broke into the JTI Safe which Safe my lord I am the custodian of and I had its keys”.

“I have never at one time lost or forgotten its keys and Management of JTI has never brought it to my attention,” Wamukhiyi says.

The corruption scandal has also sucked in a High Court Judge, Kaweesa Godfrey who is accused of instructing Wamukhiyi to draw Shs 2 million from the Safe on June 15, which Wamukhiyi declined to do by concocting an excuse that he had misplaced he keys.

He says the accusation that he broke into the Safe is only a deliberate move to get rid of him for his stand against corruption.

“It has come to my attention that this has been his [Kivumbi] plan or intention for some time now to disgrace me and eventually undermine my career growth path,” Wamukhiyi told the Chief Justice.

“This is largely because of failure to comply with his illicit transactions while I was operating on the IFMS”.

The six paged dossier (supported by annexes of evidence) to the Chief Justice is also copied to the Principal Judge, Director Police CIID, Auditor General, Director of Public Prosecution, Chairman of the Public Service Commission, the Permanent Secretary of Judiciary among others.

The latest revelations of misappropriation of funds could be a manifestation of the wider public outcry of the entrenched corruption within Uganda’s justice system. It is also an indictment to the judiciary which has often attributed the perennial case backlog and other inefficiencies to inadequate funding.

During a conference convened by the Uganda Law Society (ULS) last year where legal practitioners signed the International Bar Association (IBA) Judicial Anti-Corruption Compact as a commitment to eradicating corruption in Uganda’s judiciary, the Chief Justice told lawyers and judges to be ready to make tough sacrifices if the judicial system is to successfully fight corruption.

“It takes a strong will to refuse these bribes and some people will hate you for it. Those fights are going to be there but we must be brave. You can’t say you want roasted meat but you fear the fire,” he said.

It remains to be seen whether the Police and the Auditor General will interest themselves in the claims raised by Wamukhiyi to establish whether or not they are credible, and what action will be taken thereafter. 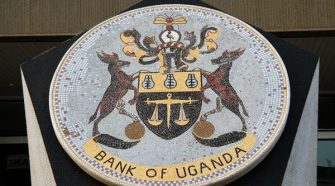