Deceased senior military officer, retired Maj Gen Kasirye Ggwanga who paased on this week will be buried on Friday (tomorrow), and the UPDF has prohibited the public and the media from attending the ceremony due to the Covid threat.

Kasirye Ggwanga died on Tuesday at Nakasero hospital where he had been admitted.

Uganda People’s Defence Forces (UPDF) has Thursday issued a statement saying that a formal ceremony and official eulogy by the UPDF will be issued Friday during the burial ceremony. This will detail his long service record in the forces.

“We thank members of the public who have been conveying messages of condolences and support to the family and the UPDF,” Defence Spokesperson, Brig Gen Richard Karemire said in a statement.

The retired General will be laid to rest at Nkene village, Busunjju county in Mityana district.

The UPDF said the burial ceremony will be very limited in terms of participants – comprising mostly of family members.

“This is in line with preventive guidelines from government as we deal with the Covid 19 pandemic which Gen Kasirye fearlessly fought in Mityana during his last days. The UPDF will be there to enforce the guidelines supported by other security agencies,” Brig Gen Karemire added.

“We do not expect any gatherings or crowds along the way. This would contravene the rules on social distance and congestion”.

The UPDF has also prohibited media coverage at the burial saying it would exponentially increase the numbers.

Only UBC TV, the national broadcaster has been accredited to air live the burial ceremony and the rest of the news organizations will get the feed from UBC.

“We have worked out how you can get footage for your stories. This is the extent you will be represented. The country continues to focus on saving lives of the Ugandans by defeating the coronavirus”.

The burial proceedings will also be broadcast LIVE on Facebook and YouTube for those interested to stream. This, the UPDF says, is to enable the participation of family members and friends abroad.

The UPDF has appealed to residents in the community neighboring the burial place to cooperate and bear with the arrangements since the situation demands the restrictions. 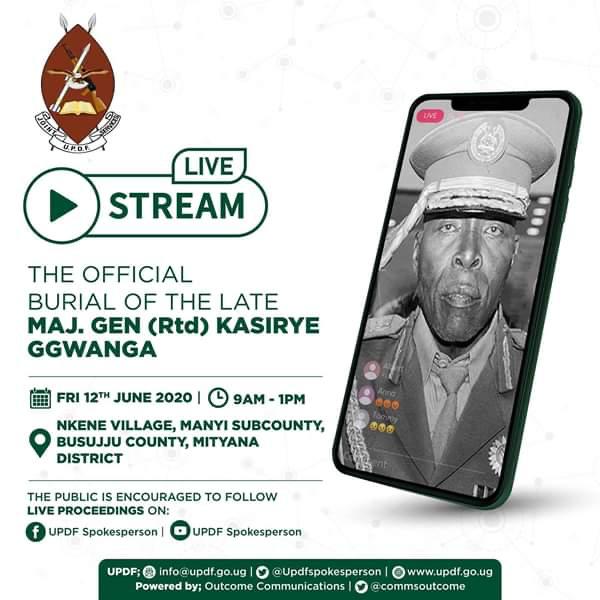 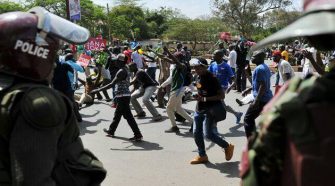