The courtesy visit on Monday comes at the heels of allegations from Zaake that Gen Wamala punched him during last week’s Parliamentary brawl to near death.

Katumba Wamala however denied the claims on Monday morning when he told SoftPower that all he did was warn MP Zaake against wild behavior.

He admitted to threatening to beat the legislator but that he finally didn’t except only to restrain him from hurling more chairs.

“The blow never landed on him though I made my intentions clear that if he didn’t stop his wild behaviour I was going to punch him,” the General told SoftPower on Monday morning.

Zaake’s father and Gen Wamala are known to be long time close friends.

The General’s visit was welcomed by MP Zaake’s family and friends.

Many Ugandans on social media have also welcomed the General’s gesture saying it is a spirit of brotherhood.

“The General disciplined his son, he has now visited him. I am not surprised, that General is one Uganda’s humble senior persons,” said one Ugandan on facebook.

Members of Parliament speak out:

“This is a good gesture of brotherhood. We are one family despite all that went wrong. It’s time to heal the wounds and move on. United we stand. Divided we fall,” said Nakaseke MP Luttamaguzi on one of the forums.

“We thank Gen Katumba for having found it within his heart that the acts of his son and mentee were inappropriate hence visiting him and apologizing. Kudos General, we respect you next time please don’t involve yourself in petty fights,” said MP Prof. Latigo 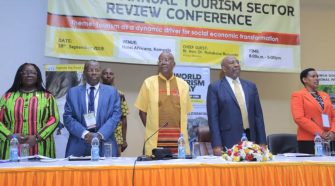