Ellison Karuhanga, one of the lawyers of former Inspector General of Police, Gen Kale Kayihura, has Tuesday regarded as “fake” media reports alleging that Kayihura is sick and admitted from Kampala International Hospital (IHK).

Since Friday, social media has been awash with reports that Gen Kayihura was very sick, can’t walk on his own, and that he is admitted in one of the hospitals in Kampala.

“The allegations doing rounds on social media and in the print media that Gen Kale Kayihura is admitted in IHK or that he is so ill and can’t talk or walk are nothing more than a product of fertile and idle imaginations,” Karuhanga, also a lawyer from Kampala Associates Advocates said.

In the reports making rounds on social media, it is alleged that doctors also ordered former IGP off alcohol, something Karuhanga says it is “laughable” since Kayihura doesn’t drink alcohol.

Kayihura, who was arrested in June last year, faces charges of failure to protect war materials, failure to supervise arms and ammunition, as well as aiding and abetting kidnapping of Rwandan refugees from Uganda.

He is also accused of failing to protect war material by issuing arms to unauthorised persons including Boda Boda 2010 members led by jailed Abdallah Kitatta between 2010 and 2018.

He would later in August be released on bail after spending two and a half months in military detention.

Granting him bail was based on his old age and poor health.

However, his lawyers noted then, that since his health condition was worrying, he needed to be flown out of the country for treatment.

But as part of the conditions upon which bail was granted, the General was restricted to live only in Kampala. He was also not allowed to travel outside Uganda unless with permission.

He would later be allowed to travel to Nairobi for treatment and as part of his bail conditions, he appeared in the court martial in beginning of January, before being ordered to return to on February 4, when hearing of his case is expected to commence. 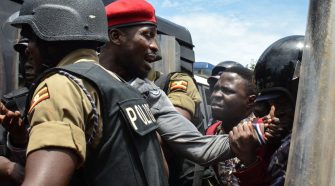