Former Inspector General of Police (IGP), Gen Kale Kayihura has been released on bail after spending two and a half months in military detention.

Gen Kayihura was granted bail by the military court on Tuesday.

Last week, Kayihura was arraigned before the court martial and formally charged for the first time since his arrest in June. He faces charges of failure to protect war materials; failure to supervise arms and ammunition; as well as aiding and abetting kidnapping of Rwandan refugees from Uganda.

During last week’s court hearing, the defence side led by lawyer Peter Kabatsi made a verbal application for bail but the court martial Chairman, Lt Gen Andrew Gutti turned down the request, insisting that they write a formal application and file it. He said the court would pronounce itself on their formal request today.

Today, a seven-member panel of the court chaired by Gen Gutti approved the request.

In justifying their application, the defence said their client is an innocent man who has never been charged of any offence.

“He has never appeared before any court anywhere in this country to be charged with any offence and by all accounts, the applicant is a very law abiding citizen,” lawyer Peter Kabatsi argued.

He added that Kayihura is of advanced age and entitled to bail adding that he had been in detention for over 72 days.

The lawyers also noted that his health condition is worrying and he needs to be flown out of the country for treatment.

As part of the conditions upon which bail was granted, the General was restricted to live only in Kampala. He is also not allowed to travel outside Uganda unless with permission.

He is also required to report to court every first Monday of every month without failure.

Among the people who stood surety for Kayihura is Entebbe municipality MP, Rosemary Tumusime, Maj General James Mugira and Maj Gen Samuel Kavuma who is Deputy Commander for Land Forces.

Prosecution alleges that between 2010 and 2018 while in the performance of his duties, Kayihura allowed the issuance of arms and ammunition to unauthorised persons like members of Boda Boda 2010 headed by one Abdullah Kitatta.

Gen Kayihura is also accused of failing to supervise and ensure accountability for arms and ammunition issued to units under the office of the IGP.

Prosecution further alleges that between 2012 and 2016 the former IGP aided the actions of subordinate police officers without hindrance to kidnap, and illegally repatriated Rwandan exiles, refugees and Ugandan citizens to Rwanda. 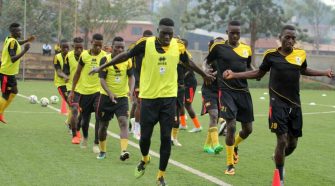