The Deputy Chief of Defence Forces (UPDF), Maj Gen Wilson Mbadi has revealed that the force will recruit more Local Defense Units (LDUs) from all other parts of the country in the current recruitment process.

Mbadi made the revelation while interfacing with the Parliamentary committee on Defense and Internal Affairs chaired by Amolator Woman MP, Doreen Amule.

The move by UPDF is aimed at curbing the increased criminality in the country following President Museveni’s directive recently.

Mbadi said that the ongoing recruitment of the 24,000 LDUs in Kampala and Wakiso will be supplemented by those in other areas.

Mbadi informed the committee that they have already started recruiting LDUs in Buikwe, Karamoja, Gulu and districts that border DRC noting that these are being recruited as a stop gap measure and once the problem has been resolved they will be let go.

However, when the MPs tasked him on the issue of sustainability of LDUs after the one year period, Mbadi informed them that they cannot fail to lay off people because of the fear that some may turn into criminals and said that every person that will be given a gun it will have to be signed under their name.

“We also lay off soldiers and when they go out there and become indisciplined, we handle them as individuals but that doesn’t mean that we shouldn’t retire people because we fear that they may become criminals when we lay them off. If some of them become criminals, they shall be followed by security forces and held liable,” Mbadi responded. 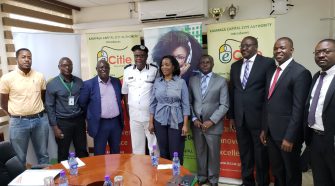