Gen Muhoozi Flags Off Peacekeepers to Somalia, Emphasizes Discipline and Adherence to Rules

The CDF, Gen David Muhoozi speaks at the flagging off of Ugandan peacekeepers to Somalia

Battle Group XXV will be charged with the responsibility of sustaining peace and stability in Somalia under the mandate of the African Union Mission in Somalia (AMISOM) while UNGU V will be protecting key United Nations (UN) and Federal Government of Somalia (FGS) vital installations, UN personnel, escorting VIPs, among others.

Gen Muhoozi warned officers in both groups to live up to the Force’s expectations since life in the mission area is not a picnic but one that demands hard work and keeping keen adherence to rules of engagement.

“The Somalia Mission demands both discipline and sacrifice for one to be successful. Therefore, work hard while there and don’t let down Uganda,” Gen David Muhoozi told the contingent.

He added that UPDF is in Somalia in line with its Pan-Africanist ideology of supporting fellow Africans whenever called upon.

The CDF also cautioned soldiers to make sure they return from the peacekeeping mission as healthy as they have gone since UPDF as an institution has already invested so much in them.

Gen Muhoozi further urged them to avoid negative propaganda while in Somalia for the success of the mission.

“Avoiding propaganda will make you winners and carry the Ugandan flag higher,” he said.

He also implored the soldiers to make sure that they look after their families back home through the available mechanisms to ensure family stability.

The UPDF Commander Land Forces Maj Gen Peter Elwelu who accompanied the CDF thanked soldiers of BGXXV and UNGU V for successfully completing the training and wished them well in the mission area. He reminded them that Somalia is a fighting area that calls for disciplined and professional soldiers.

Brig Jack Bakasumba, the commandant of the Peace Support Operations Training Centre-Singo noted that the training was well done and urged soldiers to avoid excuses while in Somalia.
The commandant told BGXXV and UNGU V to work together whenever deployed in any mission area

The flag-off ceremony was attended by Dr Opiyo Oloya of the famous “Black Hawk Rising” a book that details UPDF activities in somalia, representatives from the British training team, and other UPDF Chiefs and Directors. 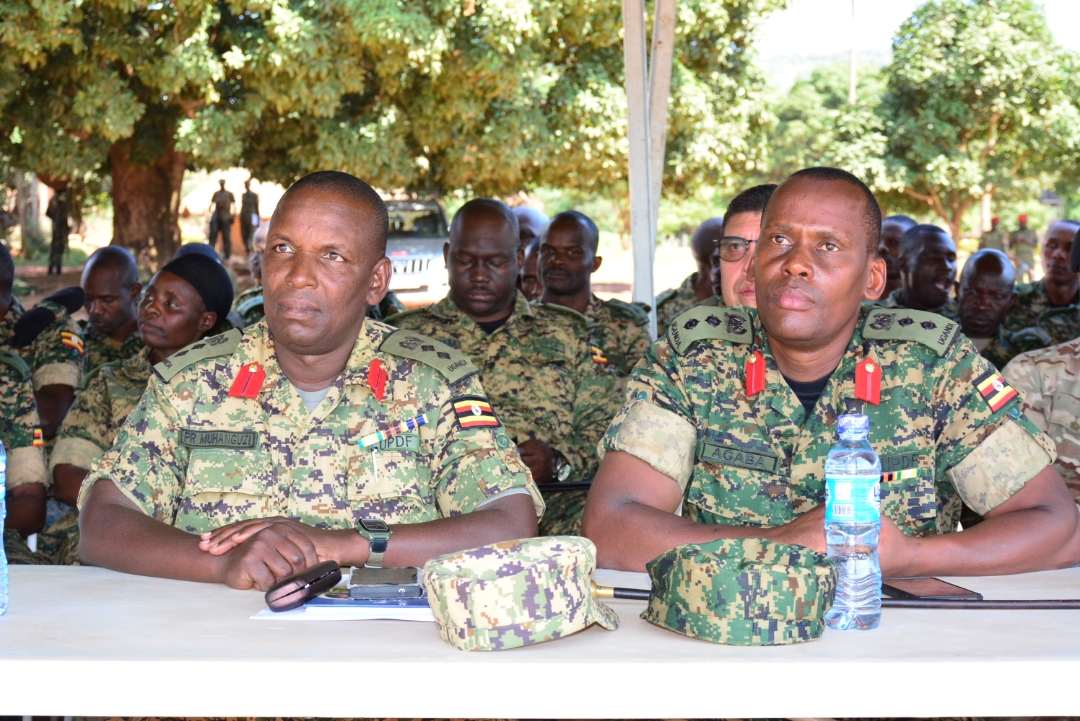 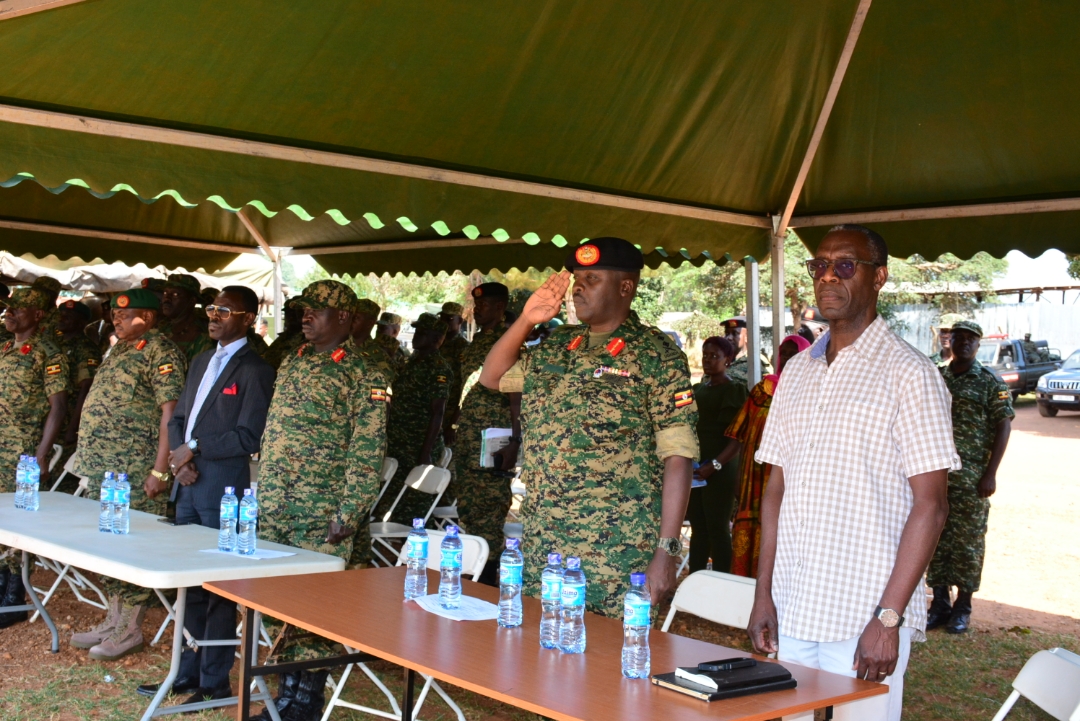