Gen David Muhoozi, the Chief of Defence Forces is in Somalia where he met with the Ugandan army contingent as well as AMISOM leadership.

Uganda’s army, UPDF has been deployed in Somalia under the African Mission in Somalia (AMISOM) peace keeping mission since 2007 in an effort to restore peace to the civil war stricken country.

In Somalia, Gen David Muhoozi is on a working visit which seeks to bolster the capacity of AMISOM troops particularly regarding training to be able to achieve the goal of pacifying the region.

His meeting with AMISOM commanders and UPDF Contingent leadership was held at their respective headquarters in Mogadishu, the capital of Horn of Africa to touch base with the Ugandan troops there, to assess their readiness to deliver on their mandate.

Gen. Muhoozi met with the AU Special Representative for Somalia and Head of AMISOM, Ambassador Francisco Caetano Madeira and the two discussed the progress made in the transitioning of national security responsibilities to the Somali National Security Forces.

He added, “Uganda happens to be one of them and we are proud to contribute to the peace and security of Somalia.”

The Uganda CDF commended troops from all the Troop Contributing Countries to AMISOM, for their efforts in the degradation of Al-Shabaab extremists and lauded AMISOM for extending the “frontiers of peace and liberation, and fostering development”, in the Horn of Africa country.

On his part, Ambassador Madeira said the visit by Gen. Muhoozi offers reassurance to the Mission leadership and troops.

“We talked about how we can move ahead in the coming times. How we can, together, implement the transition, (and) Resolution 2431 of the UN Security Council, which gives us the mandate up to May next year,” remarked Ambassador Madeira.

“We both agreed that we need to continue to move together, we need to ensure that Somali troops are ready to take over from us. We need also, to make sure that Al-Shabaab is further degraded,” he said.

The Head of AMISOM stated that the troops would soon embark on operations to free new areas, which are currently occupied by extremists.

“Most importantly, we need to create space for the Government to occupy and be present in much wider areas than it is currently and make sure that the checkpoints and tax collection points by Al-Shabaab are dismantled.”

While there is an ongoing effort to phase out the peace keeping mission by 2020 following a resolution by the United Nations, Uganda and Kenya have been keen on withdrawal from Somalia saying it could be risky to pull out before the country has established the capacity to deal with the threat of insurgency.

In July this year, Uganda dispatched some over 1,000 troops to Somalia under Battle Group XXV commanded by Col. Paul Muwanguzi. The contingent replaced Battle Group XXII which completed its tour of duty in Somalia in July.

Islamic militant group Al-Shabaab has been terrorizing Somalia for over a decade with the most recent major attack killing more than 500 people in Mogadishu in October last year. 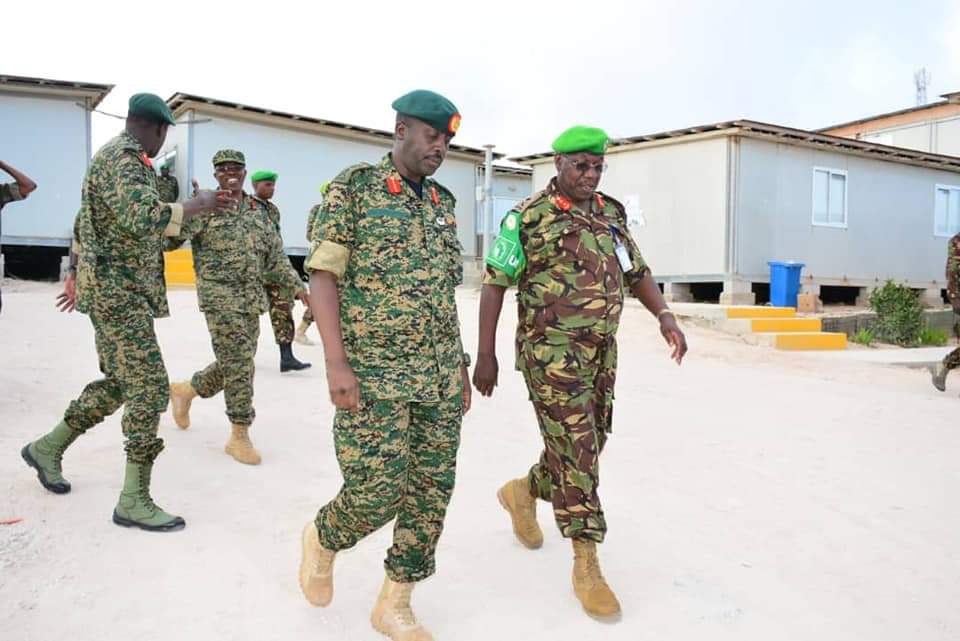