The Chief of Defence Forces (CDF), Gen David Muhoozi has ordered the arrest of soldiers of the UPDF who beat up journalists and confiscated their equipment during the protests against the detention of Bobi Wine in Kampala yesterday.

James Akena, a photographer working for the foreign news agency, Reuters, was severally beaten by soldiers, arrested and detained for several hours. His equipment was confiscated.

During the same protests, two NTV journalists; Ronald Galiwango and Juma Kirya as well as The Observer’s photographer, Alfred Ochwo were also beaten and roughed up.

They were forced to delete footage from their cameras and phones of soldiers responding to or beating protesters.

This brutality prompted outrage from journalists both in an outside Uganda who have since taken to social media to condemn the continued targeting of the press in their course of duty, by security forces.

Other rights campaigners rallied behind the hashtag #JournalismIsNotaCrime advocating for press freedom in Uganda.

Now, the military has issued a statement revealing that the soldiers responsible for the assault that was occasioned on members of the press will be arrested.

“Attention has been brought to the leadership of the UPDF about the unprofessional conduct of soldiers who molested some journalists while deployed on a joint operation in the capital city on Monday 20th August, 2018,” the army spokesperson, Brig Richard Karemire said in a statement released Tuesday.

“UPDF wishes to express its displeasure over such behavior by those individuals and as a result, the CDF has ordered for their arrest and punishment,” Karemire added.

However, neither did the army disclose the number or identities of the errant officers nor what sort of punishment they stand to face.

Monday’s assault and arrest of journalists came a week after similar events in Arua district where security personnel assaulted and arrested about 4 journalists on the last day of electoral campaigns.

The army has apologized to the victims of Monday’s brutality and said that it is still committed to fostering a strong partnership with the media.

“While expressing apologies and sympathies to the individuals on whom pain was inflicted, we wish to reiterate our strong commitment to maintain a strong partnership with the media fraternity in the course of executing all our core functions as laid out in the constitution,” the UPDF spokesperson said.

Uganda dropped five places to emerge in 117th position in this year’s World Press Freedom Index which rates the freedoms of journalists in the different countries world over.

The Index was compiled by Reporters Without Borders (RSF) and assessed a total of 180 countries.

Last year, Uganda was ranked 112th globally (the least position being countries where the press enjoys its freedoms). 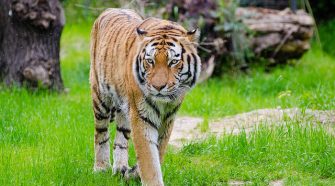