The Chief of Defence Forces (CDF), Gen David Muhoozi has called on the men and women in uniform to work towards achieving stability in their respective families which in turn will result into a stable nation.

Gen Muhoozi was alluding to a statement previously made by President Yoweri Museveni where he said “a stable family makes a stable society and in the end, a stable nation”.

The CDF passed the message on Thursday while attending the annual End of Year Children’s Party an event that brings together children and spouses of UPDF soldiers.

This year’s party was held at Entebbe Cricket Oval grounds and organized by the Uganda People’s Defence Air Force (UPDAF).

The colourful ceremony was themed ‘Stable Family: A foundation of force efficiency and effectiveness’.

Gen Muhoozi applauded the Air Force for organizing the party, which he said was the best he has attended so far.

He noted that the theme for the party was in line with the words of the President, and encouraged the UPDF to maintain stable families that will make their duty performance effective and efficient.

This can be achieved by having children and our spouses, knowing God and doing the right thing even when their husbands are duty bound, Gen Muhoozi told the spouses.

The General acknowledged the good job done by the UPDF spouses while their husbands are at work. He contributed Shs 5 million to the groups that entertained the guests, for making the function colourful and encouraged the parents and schools where the groups come from to work selflessly and make them great men and women in future.

At the same event, the CDF called for a moment of silence in prayer for the victims of the recent boat accident on Lake Victoria and sent his condolences to the bereaved families.

He wished the UPDF officers, men, spouses and the entire country a happy Christmas and a prosperous new year.

In his remarks the Chief of Staff Airforce (COS-AF), Brig James Birungi appreciated the strategic leadership for allowing UPDAF to host this year’s children’s party. He further acknowledged the work done by the committee in making sure the function was a success.

The event was also characterized by sports activities that included football and netball where the children of the Airforce staff played against those of the Special Forces Command (SFC) staff.

The SFC team won in football with 5 – 2 while in netball, the Airforce team emerged victors. At the end of the games, the children received gifts before cutting a cake as part of the merrymaking.

Others were: Camp Commandant, Brig Kakari, Commander of the SFC, Brig Don Nabasa, the RDC for Entebbe, Hajji Noor Njuki Mbabali as well as the Assistant Town Clerk for Entebbe, local leaders, religious leaders, officers and men of UPDF among others. 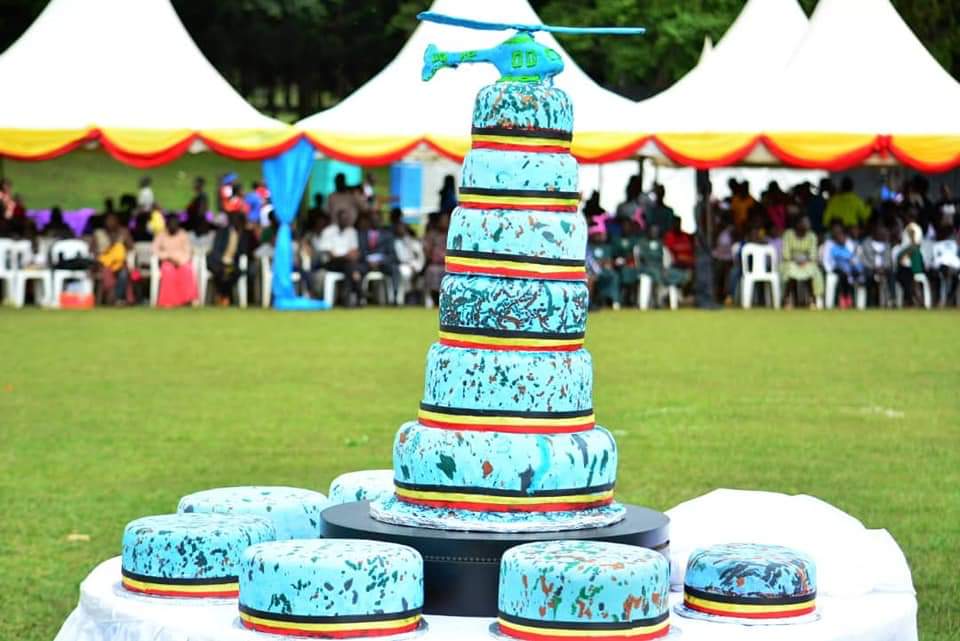 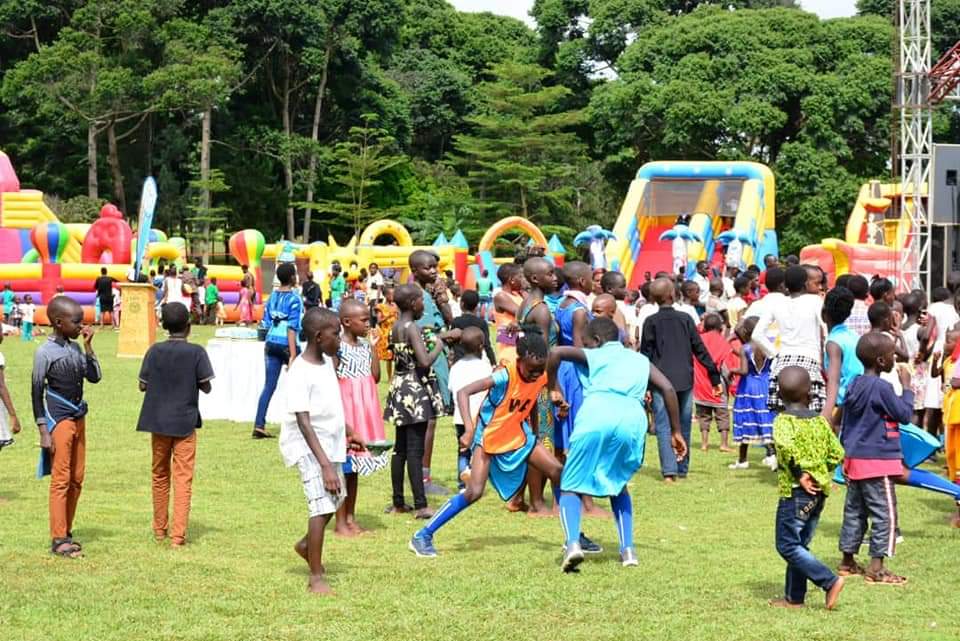 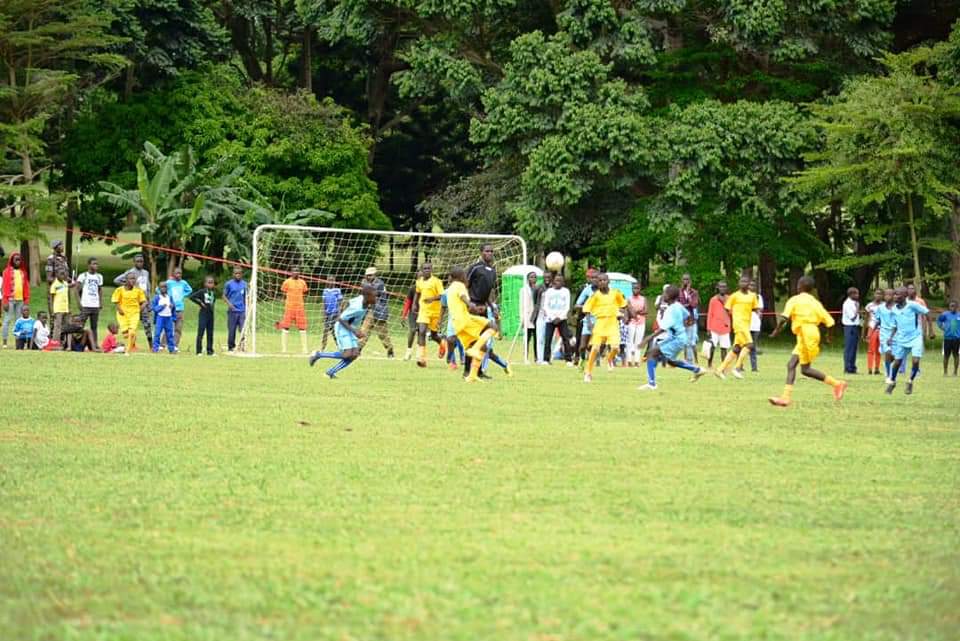 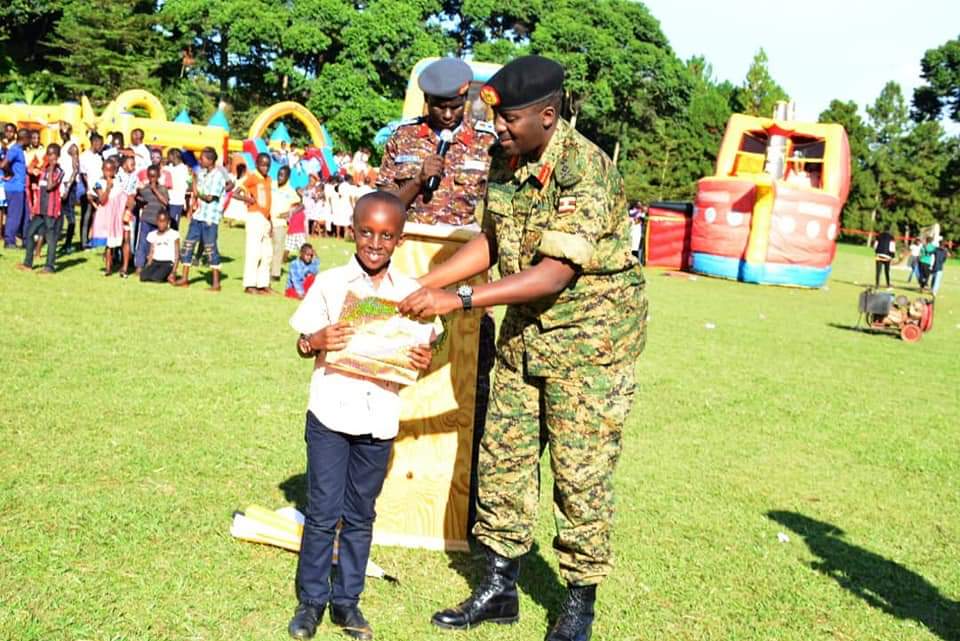 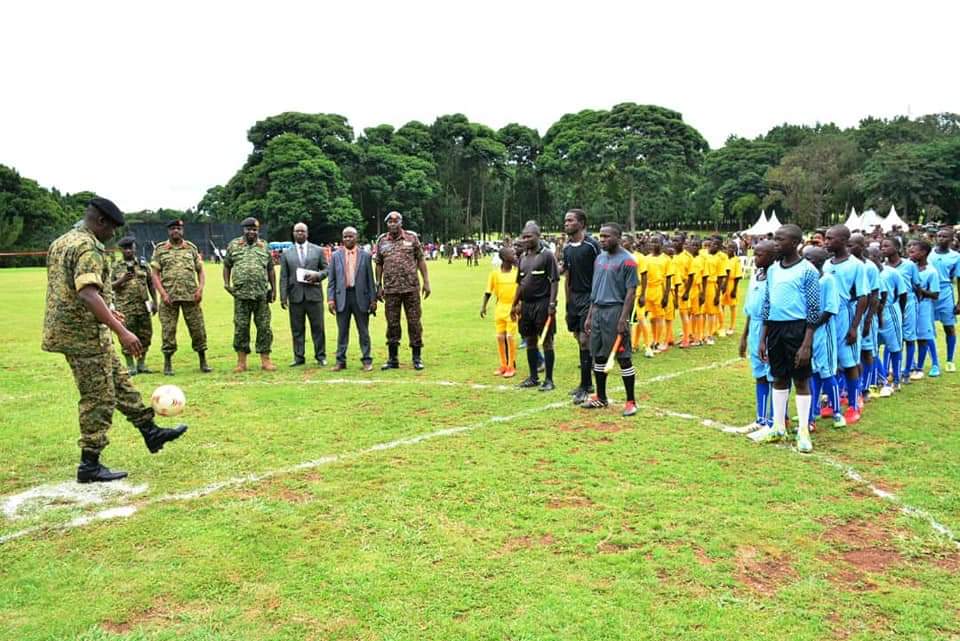 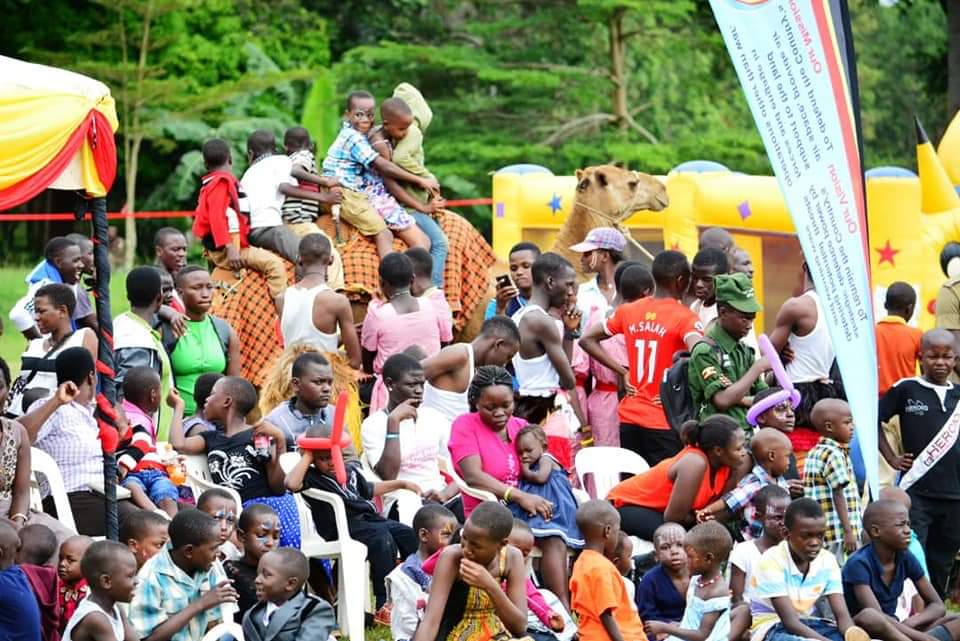 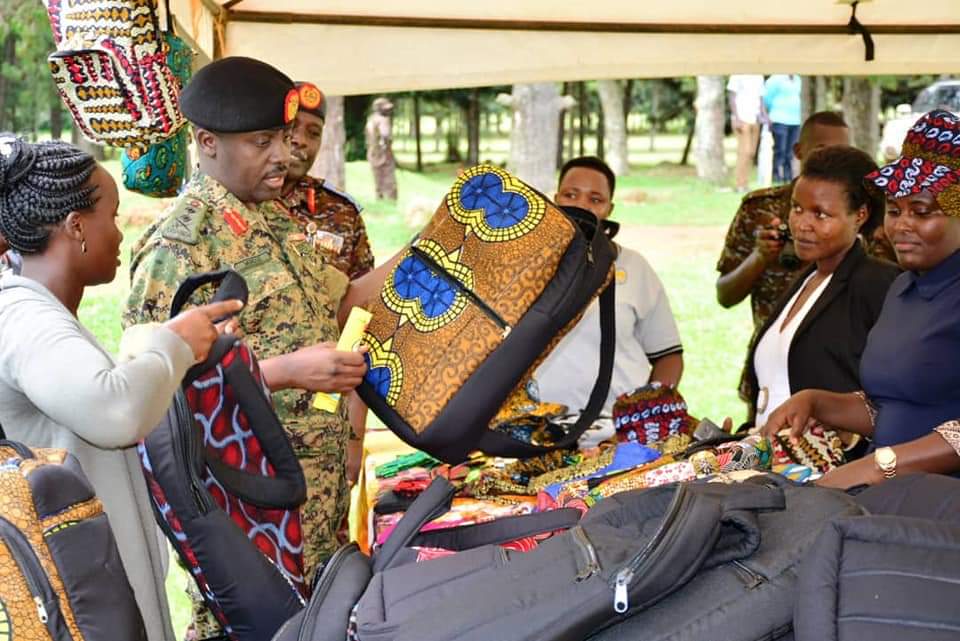