Gen Muhoozi, committee members and officers of the UPDF at Mbuya.

Gen David Muhoozi, the Chief of Defence Forces has launched the committee that will steer the establishment of the Uganda National Defence College.

The College which will be situated in Jinja will be a premier institute of excellence on defence, security and national development and will provide strategic leadership to the Government on national and international security matters. It is projected to be completed by 2019.

Muhoozi launched the committee at the Ministry of Defence headquarters in Mbuya, Kampala on Monday.

The committee will be chaired by Maj Gen Nakibus Lakara, the commander of the Jinja based Uganda Rapid Deployment Capability Centre. He is former deputy force commander of the African Union Mission to Somalia (AMISOM) in charge of logistical support.

“UPDF has made many strides in training but we have been missing a flagship institution that provides professional joint military education at Strategic level,” Gen Muhoozi said.

He said that in order to manage complexity, uncertainty, changes and surprise in the contemporary security environment, there is always urgent need to develop institutions like NDC for strategic level training.

Gen Muhoozi was delighted by the fact that a number of UPDF senior officers have the knowledge, experience and background information having attended NDC in other countries like Kenya, UK, China among others.

He however stressed that UPDF has to craft an NDC that is awake to Uganda’s context and environment in order to achieve Uganda’s desired end state. He asked the steering committee to derive the college’s enduring theme from security, stability and prosperity.

According to Muhoozi, the institution will among other benefits offer an opportunity to realize the linkage between strategic and operational level learning.

Such strategic level of education would also help security planners to formulate policies and understand the security complexes including those that are inter-state in order to determine the appropriate responses.

The National Defence College will help prepare civilians, military, national security professionals and future leaders to understand the broader strategic security environment and manage the complexities at a strategic level.

He said within the security domain, UPDF has to lend a hand to police when dealing with diplomacy, public order management and media issues.

“UPDF and civilian leaders need to craft responses that are effective, credible and promote a national security”.

The Deputy CDF Lt Gen Wilson Mbadi said that with the launching of the steering committee, it should effectively start working out the initial phase of construction, drafting a college curriculum etc. He told the committee to take on a bench marking trip to an already established NDC with a view of acquainting themselves with how the college can be run.

Maj Gen Lakara said that most of the work has already been done and sub committees are already functioning. He said a work plan to guide the subsequent committee meetings will be drafted to guide them in steering their work. 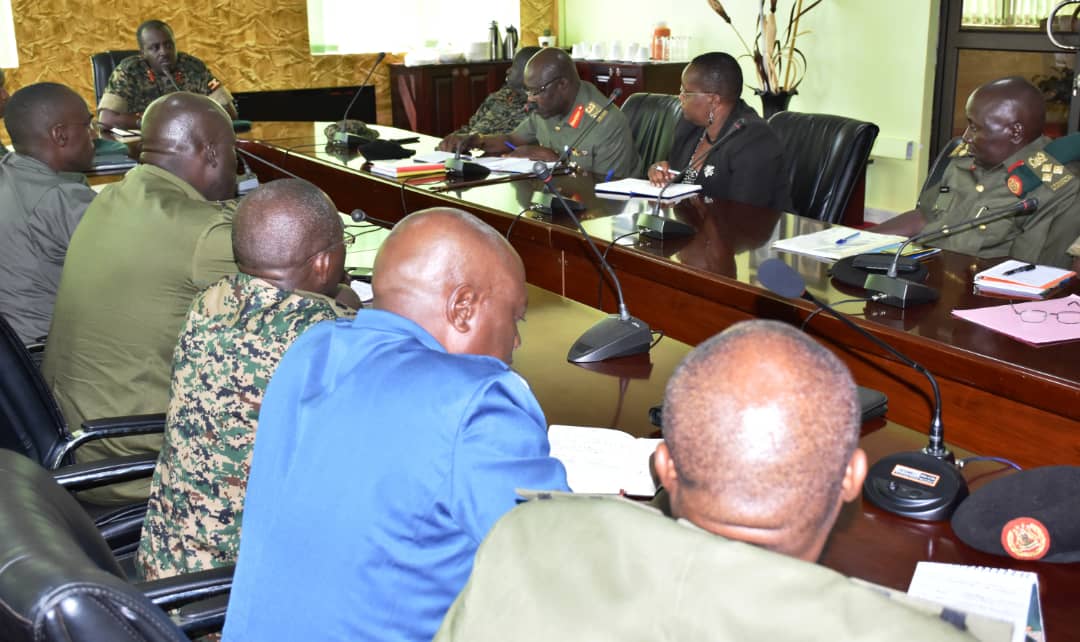