The news reports about the arrest of former IGP, Gen Kale Kayihura are untrue, SoftPowerNews has learnt.

Social media was Tuesday night awash with reports about the arrest of former Police chief, Gen Kale Kayihura. Some media outlets reported that he had been arrested by the Special Forces Command (SFC) and that he was being detained at Kololo.

However, SoftPower News has since established that this is infact untrue.

According to Gen Salim Saleh, the Presidential Advisor on Defence and Security, the reports are nothing but fake news.

Asked by SoftPower News to clear the air about the reported arrest of Kayihura, Saleh said “Comrade Gen Kale is fine”.

“What should i do to such fake news as an advisor to the President?” – Gen Saleh later commented on someone’s facebook timeline who had shared one of the numerous media reports that claimed Gen Kale Kaihura had been arrested on Tuesday evening or that a Lyantonde hotel and or his farm were cordoned off by the military.

Gen Saleh quoted a Biblical verse (Psalms  141:3) which reads; “Set a guard, O Lord, over my mouth; keep watch over the door of my lips”. 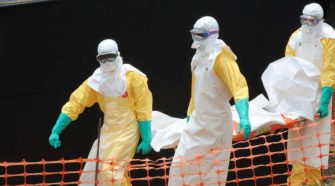