The Ministry of Gender, Labour and Social Development has revealed that the Ministry is yet to receive Shs 2.4bn that was allocated by Parliament to relocate street children off Kampala streets as a measure to contain the spread of the coronavirus.

This was revealed by the Ministry’s Acting Permanent Secretary, James Ebitu while appearing before the Public Accounts Committee (PAC) to respond to queries raised in the 2019 Auditor General’s report.

During the interface with the MPs on the committee, Amudat Woman MP Rosemary wondered why the number of street children in the city centre is increasing despite Parliament approving a supplementary budget worth Shs 2.4bn to relocate these children.

In response, Ebitu noted that indeed the money was appropriated by Parliament but was never released to the Ministry.

“I want to thank Parliament for appropriating the said fund; appropriation is one thing and release is another, we got zero out of the Shs 2.4bn supplementary budget that you approved. These funds were specifically to handle street g children during COVID-19,” Ebintu said.

The legislators on the committee wondered why the funds were never released to the Ministry and promised to follow up on the mater.

In May 2020, MPs on the Budget Committee recommended to Parliament to approve a supplementary request of a total of Shs 33bn to cater for maintenance of several Kampala Capital City roads and interventions for street children among others.

The funds were thus approved and out of the Shs 33bn approved funds, the Ministry of Gender, Labour and Social Development would receive Sh 2.4bn to prioritize interventions targeting 1,500 street children. 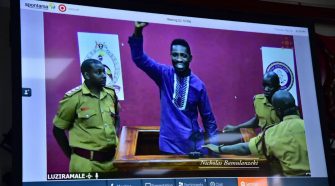 Bobi Wine Released, Bail to be Cancelled Should He Participate in Unlawful Assembly