Mr. Weah is facing off with long serving Vice President Joseph Boaia after a delayed election following the general elections held early this year in which none of the candidates polled majority 50% of the total valid votes as provided by the Liberian constitution.

Vote counting is underway but unconfirmed reports indicate that the 51 year old former football star has won 13 out of the 15 counties country.

Weah, who is standing for presidency for the third time in a row, is optimistic of victory and has already tweeted thanking his supporters.

“I am deeply grateful to my family, my friends, and my loyal supporters who contributed to our campaign during this extremely long election season. We are on the verge of making history for our people”, Weah’s tweet read minutes ago.

His contender Joseph Boaia is seen as a continuity candidate who has won praise for long public service and a corruption-free family man fending off criticism that the current government failed to tackle poverty.

Over 2,000,000 voters have participated in this historical election which will see Liberia witness the first peaceful transfer of power to another leader in a period of 73 years.

The Liberian Elections Commission is expected to declare the final results in a couple of hours. 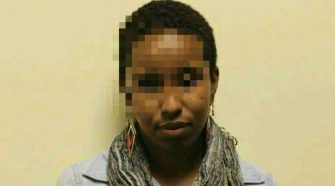