Government through the Minister of State for Finance General Duties, Gabriel Aljedra has tabled the Treasury Memorandum on the report of the Parliament Committee on Commissions, Statutory Authorities and State Enterprises on the closure of the defunct banks.

A Treasury Memorandum is an action report by the Minister responsible for Finance detailing the actions taken on the recommendations of Parliament arising out of the report.

In February 2019, government through the Prime Minister, Dr Ruhakana Rugunda promised that government would take up and act on recommendations made by Parliament on the closure of seven commercial banks.

Rugunda said then that he was happy that the probe had brought to light several inconsistencies in the closure of the banks.

The committee had been tasked to conduct a probe into the closure of the seven banks which included; Crane Bank, Greenland Bank, Teefe Trust Bank, International Credit Bank, National Bank of Commerce, Gold Trust Bank and Cooperative Bank.

The committee noted a number of inconsistencies key among them being closure and sale of the defunct banks without any inventory or documentation and grossly undermining the legal procedures of bank closure by the Central Bank.

Parliament made a number of recommendations which included holding accountable all Bank of Uganda officials who had failed to properly execute their duties in accordance to the law.

Parliament also recommended that the Central Bank closes the winding up processes of all defunct banks within a period not exceeding one year. This was especially in reference to Teefe Trust Bank, Crane Bank, Global Trust Bank, National Bank of Commerce, Greenland Bank and International Credit Bank.

Parliament also recommended that Bank of Uganda addresses the probable financial loss occasioned to the commercial banks that were illegally closed down.

The Treasury Memorandum has been sent to the Parliament committee on Finance will report back to the house after perusal. 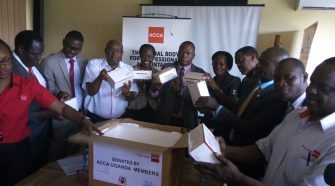