The governor said that Uganda risks jeopardizing its success in exporting to regional markets through protectionist trade policies.

This was in a speech read on his behalf at the ongoing 12th Private Sector Foundation Uganda Trade facilitation expo 2017 by the deputy director in charge of Economic research at Bank of Uganda David Ssajjabi at UMA exhibition hall.

He said that Buy Uganda Build Uganda is inconsistent with the East Africa community customs union protocol which prohibits partner states from undertaking any administrative measures which discriminate in favor of its own producers at the expense of those of its partners.

“BUBU offers trade protection through administrative measures rather than through tariffs hence being inconsistent with the EAC Customs union protocol,” SSajjabi read.

The government stated that the country cannot afford to put at risk access to the regional market through inviting retaliation to the local ill thought out protectionist trade measures.

He pointed out that Buy Uganda Build Uganda campaign is not compatible with an export promotion strategy but to promote import substitutes.

“We therefore need to focus on the potential and fast repacutions of the proposal on Uganda’s exports because if implemented it could invite retaliation from other partner states in the EAC putting at risk our access to the regional market.”

The executive director Private Sector Foundation Uganda Gideon Badagawa said that Buy Uganda Build Uganda campaign cannot be stopped since such a policy is in some of other east African countries like Kenya and Rwanda. 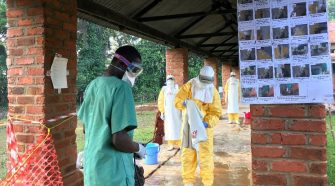