Government is set to inject Shs 24 billion into the initial construction works of the Kiira Motor Corporation car assembly plant in the coming 2018/19 financial year.

Cabinet which sat on Monday at State House Entebbe agreed to earmark the money as part of the phased Shs 143 billion financing from government towards the car manufacturing project in the next four years.

Government had already set aside land measuring to 100 acres in Jinja Industrial and Business Park where the planned car assembly plant will be established. However, the ambitious project had been derailed by delayed funding.

Kiira Motors Corporation, an initiative bred from Makerere University with support from Presidential Initiative for Science and Technology Innovations plans to produce the first commercial vehicles in the next four years.

According to the road map launched in December 2015, the manufacturing will focus on 4 conventional and electronic products namely; Sedans, SUVs (Cross overs), Pickups and Light, Medium commercial buses and trucks, with a cost estimation of USD 25,000 to USD 35,000 for each new vehicle.

He said that the Cabinet funding approval was informed by comprehensive appraisal and approval of feasibility study for setting up the plant by Ministry of Finance.

He described the “landmark” decision as a precursor to catalyzing investment in SMEs that manufacture vehicle parts, components and autonomy systems such as brake pads, seats, bolts, nuts, bumper vehicle electronics and navigation systems.

Regarding the viability of the project, Dr Tumwesigye revealed that Uganda imports on average 45,000 vehicles annually, 85% of which are used vehicles that pose a threat to the environment. He added that East Africa’s population continues to swell and thus Uganda can tap into to get market for these vehicles.

The assembly plant initially will employ 900 people but in the long term, 2,000 direct jobs and 12,000 indirect jobs  be created.

Kiira Motors intends to start with buses whose parts can be locally sourced and also in a bid to solve the transportation problem that Uganda is currently grappling with.

Paul Musasizi, the Executive Director for Kiira Motors told journalists that Uganda has a competitive advantage against the other regional players both in terms of the inputs required for the value chain and the market.

He appealed to local producers to begin diversifying their product mix so as to leverage the emerging demand for automobile parts.

In terms of enhancing the technical expertise that Uganda will require for its automotive industry, he said; “We’ve been exposing our resident team to the vocational skills they require and we have had them trained by some of the top manufacturing firms”.

He also revealed that before the end of April, Kiira will sign an agreement with one of the major automotive players for the supply of platform kits that will be used to assemble vehicles.

Kiira has so far produced prototypes including the Kiira Electric Vehicle (EV), the ‘Kayoola’ solar bus.

In 2015, German engineering giant, RLE International undertook a feasibility study to establish the market assessment for Kiira Motors Corporation which concluded that the project was a viable investment. 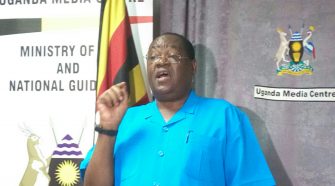 Govt to Borrow Shs 147Bn to Curb Gender Based Violence