Government has revealed plans to undertake a fresh registration exercise aimed at ascertaining the number of Non Governmental Organizations (NGOs) and create a data base for them.

The announcement was made Wednesday by the Minister of Internal Affairs, Gen Jeje Odongo while addressing a news conference in Kampala.

Government will hold a validation exercise for all NGOs with valid permits starting from August 8 to September 7.

This will be the first time a verification exercise is being carried out on the NGO database since 1989 when the then NGO Board was established.

According to Gen Odongo, the data from the National NGO register indicates that with effect July 31, 2019, there were 14,207 registered NGOs, out of which 3,810 had valid permits, while 10,397 had expired permits.

The method of establishing those figures involved physically going through every registered NGO file at the Bureau for verification, the Minister said.

However, the Minister noted that there is need to build a reliable and credible data bank of information on all NGOs operating in Uganda for evidence-based decision making.

“The verification exercise will also help to determine any meaningful relationships, correlations and variations in the data with the NGO Bureau and the districts, to ascertain the status of NGOs operating in the country,” he said.

The Non-Governmental Organizations (NGO) Act 2016 established the National Bureau for NGOs (NGO Bureau) as a semi-autonomous entity under the Ministry of Internal Affairs to replace the National NGO Board. Its mandate is to register, regulate, monitor, inspect, coordinate and oversee NGO operations in the country.

On April 8 this year, a communication was sent out to all districts requesting for a copy of the Community Based organizations (CBO) register and NGO inventory.

Out of 128 districts, 71 districts submitted their data and 57 districts did not comply.

“We are making a follow up on the non-compliant districts and also engaging the Ministry of Local Government. A database for CBOs was developed and the process of updating is on-going”.

He said there is a high number of expired NGO permits owing to different reasons. Many of such NGOs never notify the NGO Bureau when they close or their activities are phased out, the Minister said.

The Minister said that the verification is also meant to address the problem of NGOs which operate on forged documents – either intentionally by the NGOs, or by middle men hired by the NGOs to renew the permits and upon failure to meet the renewal requirements, resorted to forging.

The majority of these are in the field of social development, followed by health and education.

Regarding NGOs with expired permits and are still operating, Minister Odongo said these should apply for renewal between August  8 a September 7.

In an event that an NGO fails to apply for renewal by September 7, “it will be presumed non-operational and will be deregistered, Upon application for renewal, an NGO will also undertake the validation exercise above”.

The Minster also said that all NGOs with either expired permits or who have never registered with the NGO Bureau, in accordance to Section 31(1) of the NGO Act 2016, are not supposed to operate in any part of the country.

After expiry of the validation period, all relevant organs of Government will liaise with the NGO Bureau to ensure that unless an NGO has a valid permit or proof of application for renewal of a permit, they should not operate.

Odongo revealed that on completion of the exercise, a report on the “State of NGOs in Uganda” will be published by October 2019.

Validation forms are to be accessed through the link www.validate.ngobureau.go.ug and the list of NGOs with valid and expired permits will be accessed on the Ministry of Internal Affairs website on www.mia.go.ug.

The list can also be accessed at the districts with the CAOs, DCDOs and NGO Bureau offices. Upon completion of filling the form and submitting it, the NGO will be required to print a copy of the submitted form and deliver it to the NGO Bureau office before the close of the deadline. 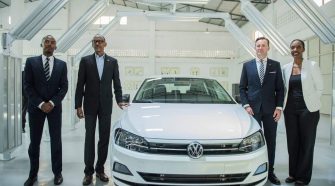