Government through the Ministry of Health is conducting a nationwide exercise to assess the readiness of the country to detect, prevent and respond to Ebola virus threats.

The exercise which began Thursday April 11 is being conducted joint with partners, according to Dr Henry Mwebesa, the Acting Director General Health Services in the Ministry of Health.

“Ministry of Health with support from partners will conduct an Ebola virus Disease (EVD) simulation exercise on Thursday April 11 2019 across the country,” Dr Mwebesa said in a statement.

“The purpose of this exercise is to test national readiness to prevent detect and respond to Ebola virus threats. The functional performance of the following key areas will be tested, public engagement, village health teams, health facilities, ambulance system, laboratories and coordination systems at the district ad national level,” he added.

Teams comprised of trained observes, facilitators and evaluators were deployed across the country to conduct and evaluate the simulation exercise.

Debrief meetings will be held at the various sites Thursday  followed by a national one on Friday April 12 at 2pm to discuss the strengths and gaps identified during the exercise.

The Ministry has again reiterated that there is no confirmed case of Ebola in Uganda thus far.

“Active surveillance continued across the country. The country continues to be on high alert for any cases of EVD,” said Dr Mwebesa.

Recently, the Ministry of Health revealed plans to support 20 districts along the DR Congo border with a total of Shs 3.2 billion to help them in the fight against the Ebola virus.

Dr Muruta Allan Niyonzima, the Assistant Commissioner Disease Control and Health Services in the Ministry of Health, said the Shs 3.2bn will be sent to districts bordering DRC to help them in mass education and procuring facilities.

Data from March 26, indicated that a total of 1,029 confirmed and probable cases of Ebola, while 642 people have died, making the latest outbreak of the deadly haemorrhagic fever, which is endemic in the DRC, the worst in the country’s history.

More than 320 patients have recovered and been discharged from treatment centres, according to DRC’s health ministry, which says that 125 new cases of infection were reported from 51 health areas in North Kivu and Ituri provinces in the past week.

Uganda has since last year stepped up surveillance on the border points with DRC as well as vaccinated front-line health workers against Ebola. 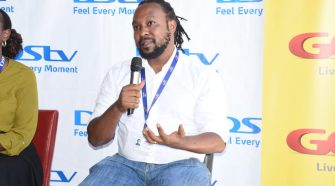