Government has commenced the process of negotiations with potential investors in the development of a greenfield oil refinery in the Albertine Graben. This follows discussions in which Uganda agreed with a consortium of four companies on the core project terms for the refinery project.

The Albertine Graben Refinery Consortium (AGRC) is made up of General Electric (GE) Oil and Gas, YAATRA Ventures LLC, Intracontinent Asset Holdings Ltd (IA) and Saipem SpA, in the role of Engineering, Procurement and Construction partner (EPC). Government zeroed on the four companies after a thorough review process of over 40 companies that had expressed interest.

A refinery in Hoima district that will process 60,000 barrels of oil per day is expected to cost USD 4.27 billion. The refinery development also includes a product pipeline that starts in Hoima and terminates at Buloba, west of Kampala.

In a statement released Monday, by the Ministry of Energy, the Permanent Secretary Dr. Stephen Robert Isabalija said; “The agreement of the core project terms signals the start of Government discussions and negotiations with the Consortium on the Project Framework Agreement (PFA).”

“The PFA will detail the proposed solutions, validation of the solutions, risk mitigation measures, and additional due diligence necessary for accelerating investments and financing for the project.”

The Consortium has proposed to Government a financing approach and a path to establish, develop and operate a commercially viable refinery company with a strategic benefit to the country and the region.

The process of negotiating the Project Framework Agreement is expected to conclude in the following two months and later an agreement signed between AGRC and government.

Monday’s statement adds; “The Consortium will have the benefit of exclusivity during this period of negotiations and should the parties agree on all terms, the Consortium will be granted the rights and licenses to develop and manage the refinery as lead investor in a joint venture partnership with Government.”

Once the PFA has been signed, the oil development process will have entered the pre-Final Investment Decision (FID) that includes activities like; Front End Engineering and Design (FEED), Project Capital and Investment Costs Estimations (PCE), Environmental and Social Impact Assessments (ESIA), among others.

Uganda will participate in the refinery project through the Uganda Refinery Holding Company (URHC), a subsidiary of the Uganda National Oil Company (UNOC). East African states like Rwanda and Kenya which have already expressed interests to invest in the refinery will also hold their shares in URHC. 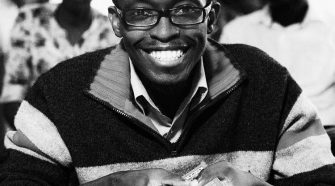