The Petroleum Authority of Uganda (PAU), the National Environment Management Authority (NEMA) and the Ministry of Energy and Mineral Development (MEMD) together with the Project Developers for the East African Crude Oil Pipeline (EACOP) are conducting community dialogues in the ten districts through which the oil pipeline is expected to cross.

The dialogues started on October 14 and will continue until October 19, as a precursor to the planned public hearings which will take place on October 21, 23 and 25 in three of the ten districts.

“We have organized these dialogues because we know that not all the Projected Affected Persons (PAPs) and the stakeholders in the affected districts will make it to the planned public hearings. We therefore urge you to use this opportunity to share all your views and opinions on the Environmental Social Impact Assessment (ESIA) Report,” Dr. Daniel Balikoowa the Director, Districts Support and Public Health at NEMA emphasised.

The views expressed during the dialogues will be taken into consideration by NEMA to influence the decision-making process during the review of the ESIA for the EACOP project.

On Monday October 14, the community dialogues were held at the Lwanda playground in Lwanda Sub-county, Rakai district, and at Sir Owinyi Pinto Primary School in Kikuube district.  This was followed by two other parallel engagements in Kyotera and Kakumiro districts on Tuesday 15th before the teams headed to Lwengo and Kyankwanzi on Wednesday 16th.

The meetings drew hundreds of Project Affected Persons (PAPs) and other stakeholders.

During the community dialogues, the EACOP Project team presented the findings of the ESIA Report, the impacts of the EACOP, and the mitigation measures.

The community mainly raised concern about delayed compensation and the impact of the project on wetlands and whether people whose land is passing through the wetlands will be compensated.

Abbey Ssekiku, a PAP from Lwanda sub-cunty in his submission wondered why the date for disclosure on compensation entitlements was unknown.

“How come you have taken the report to the Chief Government valuer (CGV) without us knowing how much we shall get? Can you please give us a timeframe when we shall be compensated?” he asked.

Similar sentiments were also raised in Kikuube, Kyotera, Kakumiro and Kyankwanzi districts with most of the PAPs requesting for the compensation processes to be expedited, given that the cut off dates had already been declared .

Christopher Ssensalire, the vice-chairperson of Lwengo district also added, “Given the current stalemate with the oil companies, we need re-assurance that New Plan is still here because they have abandoned their work and now my people are worried.”

Other concerns raised were related to whether the pipeline would lead to water pollution in areas where the it crosses water sources such as rivers, streams and wetlands.

The locals also implored the project developers to give priority to locals for employment opportunities and the supply of goods and services and implement livelihood restoration activities for the PAPs.

The government officials from the Petroleum Authority and Ministry of Energy re-assured the PAPs of government’s commitment to the project and ensuring that the project contributes to uplifting the livelihoods of the communities.

Herbert Mugizi, the Land Acquisition Project Manager for EACOP from the Ministry clarified that the Land Valuation Reports for all the 14 districts have now been submitted  to the Chief Government Valuer.

“The CGV is reviewing the Valuation Reports, and has undertaken field assessment and verification exercise. Issues related to compensation in wetlands and other protected areas are under review by the CGV and the Solicitor General. Once this review is concluded, the disclosure of compensation awards to the PAPs will be undertaken and the date for compensation will be clear”, said Mugizi.

Stakeholders were also informed that NewPlan and ICS which were contracted to undertake the Land Acquisition promised that the forms would be brought back once rectification of the errors was completed.

Michael Weteeka, a Pipeline Engineer with the PAU said that Government and the Oil Companies had made progress in discussions related to the projects.

“Government is engaging the companies to ensure that the project is delivered as planned, and Ugandans benefit”, said Weteeka.

Government and the oil companies remain committed to the project, and the PAU plans to undertaken initiatives such as supplier development engagements and facilitating registration on the National Suppliers Database and the National Oil and Gas Talent Register in various districts.  This is in order to support local communities and businesses prepare for the opportunities.

“The pipeline will be constructed to prevent pollution and also monitored using fibre optic technology to detect any potential leakages before they happen”, Weteeka added.

A summaried and simplified version of the ESIA report has been published and translated into local languages  for distribution to all stakeholders to facilitate understanding of the project and its impact, and contribute to the decision-making process for the ESIA.

The PAU is also currently conducting radio and television talk-shows and announcements to continue sensitising the public about the upcoming Public Hearings and how they can have their views and comments captured. 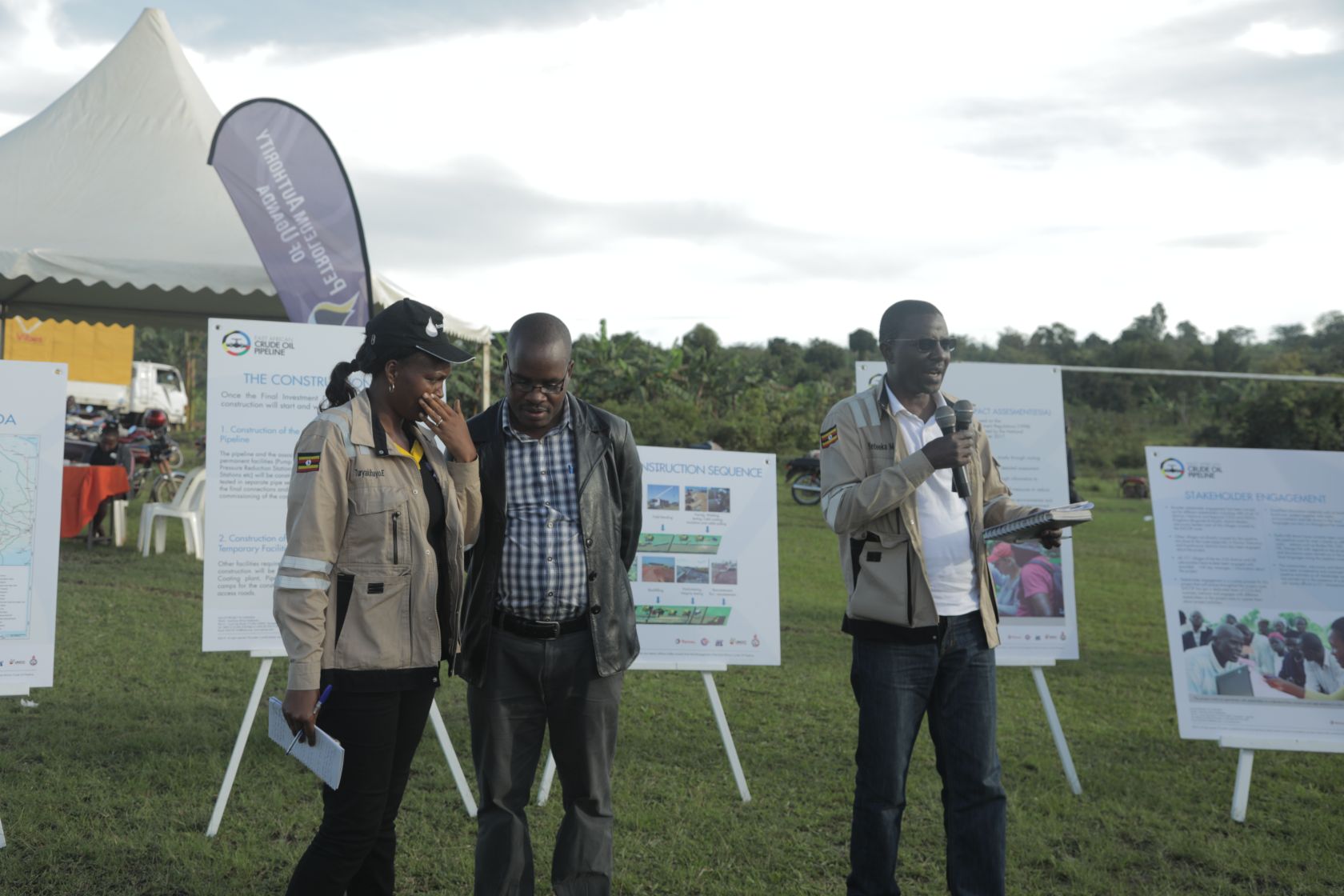 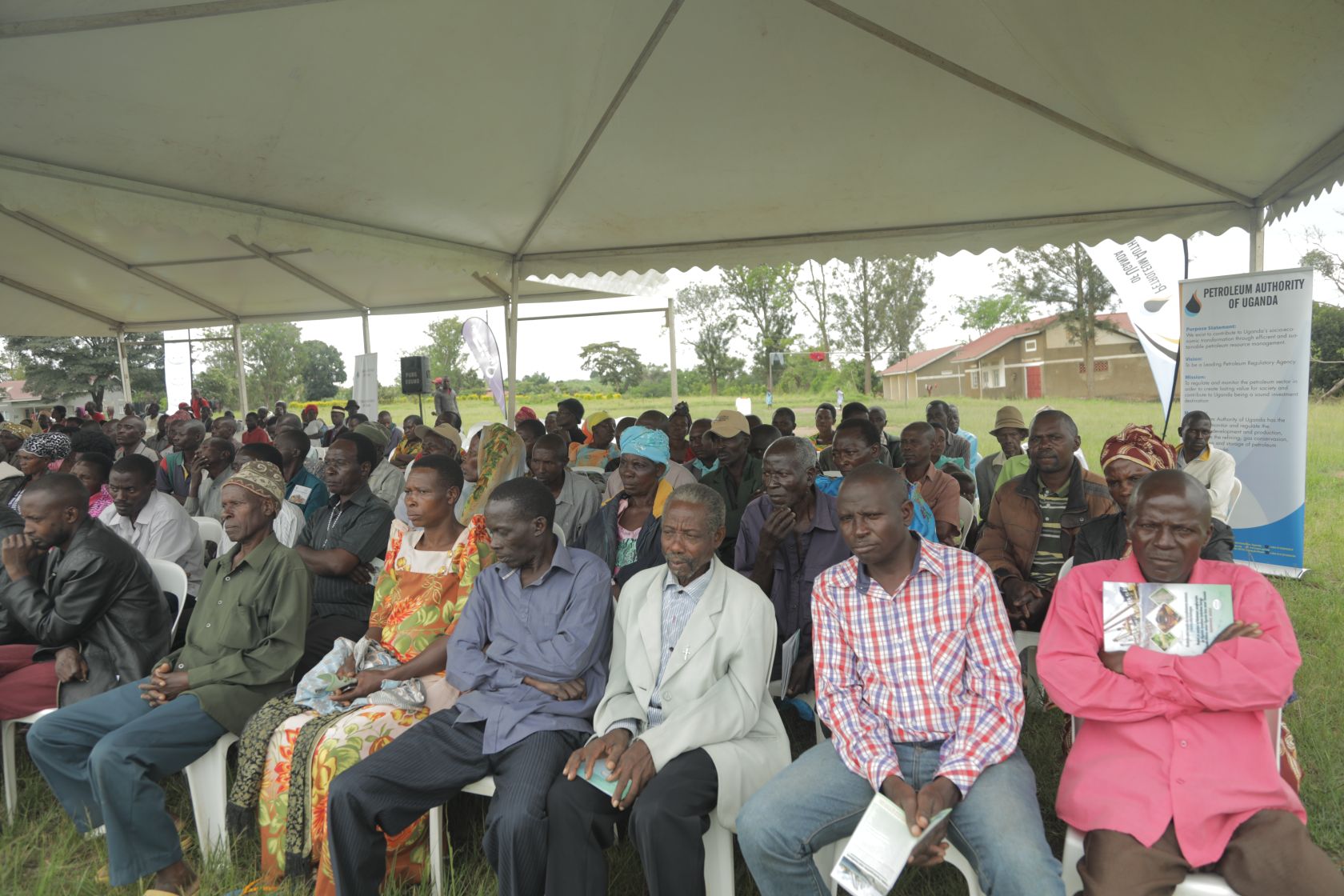 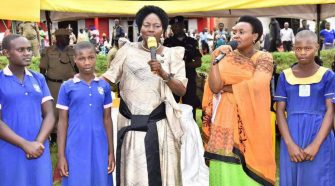