In a bid to reduce crowding at the verification centre and to allow smooth running of teaching in schools, government has extended the deadline for certification of teachers’ academic documents to December this year.

In September 2018, government through the Ministry of Education and Sports launched the Teacher Management Information System to streamline data of all teachers in the country.

Registration of all teachers began in October 2018, with an aim to weed out teachers who fall short of requisite qualifications as well as to eliminate forgeries and ghost teachers. The data was to be linked to the systems of both Public Service and Education Service Commission so as to improve efficiency and eliminate loopholes.

Since then, the registration and certification of teachers has been ongoing at Kyambogo University in Kampala where the central registry of teachers’ data is housed.

However, according to the Permanent Secretary in the Ministry of Education, Alex Kakooza, the personnel in charge of the certification at Kyambogo have since been overwhelmed by the number of teachers. On average, 600 teachers turn up for the registration daily, Kakooza told reporters on Thursday.

“We didn’t imagine the numbers would be huge. Kyambogo was overwhelmed because it wasn’t prepared. Some teachers spend 2 to 3 days waiting for certification and this has affected teaching in schools,” the Permanent Secretary said during a press briefing at the Ministry of Education.

As such, he said, the Ministry together with the team at Kyambogo have resolved to extend the deadline of the registration and certification from May 31 to December, 2019.

“We were supposed to close end of May but we are extending it to December. We shall also use the holidays for First, Second and Third Term,” he said.

“I encourage teachers to go back to class, they should not abandon classes in the excuse of certification”.

In addition, the number of the personnel in charge of certification at Kyambogo has been increased from 2 to 8.

The Acting Academic Registrar for Kyambogo University, Jerom Butamanya said that five more Assistant Registrars have been added to the team to speed up the process. The staff will work in shifts – three in the morning and three others in the afternoon.

Kakooza said that the Ministry will also discuss with the university to further scale the number of staff up during the holidays when the teachers seeking certification are likely to shoot up.

Since the beginning of the registration and certification, 13,000 teachers have applied and 5,000 have been cleared.

In explaining the average time it takes to certify an individual’s documents, Butamanya told SoftPower News that the process is faster in cases of teachers who attained their qualifications in recent years since the system is digital.

“We have those cases where someone is a Grade 3 Teacher and did his certificate in 1989. So we are manual on those cases. There is another office for such, where you take the documents there for crosschecking,” Butamanya said.

On why the certification was not decentralized in the different regions of the country, Kakooza said that this would have required transferring the entire registry (hard documents) to the various regions which is tedious. 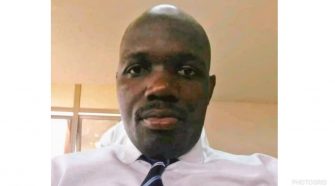 OPINION: How Museveni Lobbied and Achieved During Kenya State Visit