Following concerns regarding the influx of counterfeit agro-inputs amid increasing cases of tick resistance and Foot and Mouth Disease among livestock farmers, the Ministry of Agriculture has halted with immediate effect the distribution of vaccines to farmers.

This was revealed Thursday in a statement by the Minister of Agriculture, Vincent Bamulangaki Ssempijja.

The Minister notes that there is an escalating influx of counterfeit agro-inputs including Pesticides, Acaricides, Fertilizers, Seeds, Vaccines among others onto the Market by both Certified and uncertified Suppliers.

This, he said, is directly affecting the national economy.

He disclosed that the Ministry Cold Room has also been cordoned off by the Police and the matter has been reported to law enforcement agencies.

“The Government has made arrangements to directly buy the Vaccines from the Manufacturers,” the Minister said.

“The Ministry is aware of all livestock farmers that have been victim to this seemingly counterfeit vaccine and will prioritize the delivery of the correct vaccine to these farmers within the next few weeks”.

He said the Ministry is developing a traceability system of all the agro-inputs from the Factory to the Farmers among other initiatives.

The Minister warned all those involved in or considering to engage in the supply of counterfeit agro-inputs to desist from the practice as the long arm of the law will catch up with them.

Ssempijja appealed to the public to join the fight against the vice which he said is directly attacking the economy.

He equated it to economic sabotage given the fact that Uganda is an agrarian economy.

He asked that any suspected counterfeits to the nearest Police Station or The Ministry of Agriculture offices for verification.

In April 2019, counterfeit fertilizers and seeds were ceased by the Agriculture Police with the MAAIF Enforcement Team in Masaka region. Four different types of Fertilizers (NPK, CAN, SSP& DAP) and 83 Metric Tons of expired Seeds were impounded.

The matter was handed over to the Uganda Police Force and the suspects have been apprehended to face the law. Many other similar arrests have been conducted around the country.

The distribution and use of counterfeit vaccines, seeds and fertilizers is retrogressive to efforts by government to transform the 68% population in subsistence farming into commercial agriculture.

The agriculture sector, which employs 65% of Uganda’s population and contributes 25% of the GDP.

The crackdown on the counterfeit input comes at a time when  livestock farmers are decrying increasing cases of Tick Resistance and Foot and Mouth Disease (FMD). 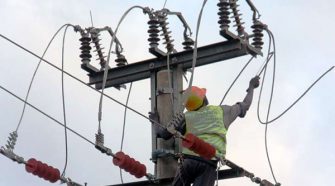