The Prime Minister, Dr. Ruhakana Rugunda has revealed that government is currently studying sanctions that were issued against the former Inspector General of Police (IGP).

The Prime Minister was responding to a matter of National Importance raised on Wednesday by Buhweju County MP, Francis Mwijukye.

Mwijukye told the House he was concerned that the U.S. government issued both travel and economic sanctions against Gen Kayihura and his close family members and relatives but government has kept silent on the matter.

The U.S. government alleges that Kayihura presided over an entity (Police) that engaged in human rights abuses and that he was corrupt.

On Friday last week, the U.S Department of Treasury’s Office of Foreign Assets Control (OFAC) announced it has placed sanctions on Kayihura. The sanctions include a travel ban to the U.S and seizing all properties owned fully or partially by Kayihura in the U.S.

But Kayihura denies these allegations.

Read More: “It’s Hypocrisy for U.S to Accuse Me Falsely Yet I Worked with FBI” – Gen Kayihura

The legislator said that Kayihura was always praised by President Yoweri Museveni as a good cadre, adding that the sanctions that were issued against him taint the image of Uganda as a country with a poor human rights record.

Addressing Parliament on Thursday, Rugunda noted that government is aware of the sanctions that were issued against Kayihura but will issue a statement after studying them.

“It is true the American Government has taken measures against Gen Kale, the former IGP and these measures are being studied by government and actually next week, a meeting has been called of the Ministers responsible for Defense, Security, Internal Affairs and Attorney General to further do a thorough examination of the matter so that government handles the matter from a position of knowledge,” Rugunda informed the House.

Rugunda said government will keep the House fully posted on what is happening on the matter.

Kayihura is accused of gross violation of human rights under Section 7031 (C) of the FY 2019 Department of State, Foreign Operations and Related Programs Appropriations Act. 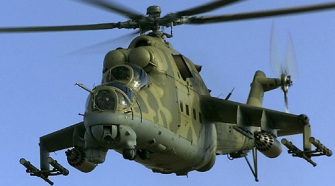