Government through the Ministry of Health is undertaking the third Uganda Malaria Indicator Survey (UMI) 2018/19 in a bid to provide latest statistics on the prevalence and transmission patterns of malaria as well as its prevention in Uganda.

The survey which is estimated to cost US$ 1.65 million will run under the theme ‘Counting the milestones in the malaria struggle’.

Funding has been provided by USAID, the United Kingdom Department for International Development (DFID) and the Global Fund while ICF International will provide technical assistance as well as financing.

The State Minister for Health in charge of General Duties, Sarah Opendi said on Tuesday that government will use the survey to obtain national and sub-national estimates of the prevalence of malaria, its risk factors and indicators of program coverage, behavior, knowledge and attitudes based on a nationally-representative sample.

A total of 23 survey teams will be divided into the 15 sub-regions in which the country has been stratified. The sub-regions include South Buganda, North Buganda, Busoga, Kampala, Lango, Acholi, Tooro, Bunyoro, Bukedi, Bugisu, Karamoja, Teso, Kigezi, Ankole and West Nile.

Minister Opendi officially flagged off the teams on Tuesday at an event held at the Ministry of Health headquarters.

The teams will be comprised of surveyors, interviewers and laboratory technicians and will conduct interview as well as collect biological samples.

The surveyors have been oriented for 21 days on community engagement, collecting blood samples, testing and treatment.

“The survey will be conducted over a period of about two months during a high malaria transmission season,” the Minister said.

The survey which is conducted after every three years will target all women aged 15-49 in approximately 9,000 households across the country. The interviews will consist questions about malaria prevention during pregnancy, treatment of childhood fevers and knowledge of Malaria.

Indicators to be covered during the survey include mosquito net ownership and use, prompt treatment using Artemisinin-based Combination Therapy (ACT) and Malaria in Pregnancy. It will also assess knowledge, attitudes and behavior related to malaria control.

Malaria is one of the leading killer diseases in Uganda causing significant morbidity, mortality and extra negative socio-economic impact on the population. Children under the age of five and pregnant women remain at high risk because of low immunity against the disease.

The previous Malaria survey which was conducted in 2014/15 reported a significant drop in Malaria prevalence from 47% to 19%.

A report released last month by the World Health Organization placed Uganda among five countries that accounted for nearly half of all malaria cases in worldwide in the year 2017.

Uganda accounted for 4% of the global malaria cases while Nigeria (25%) and the Democratic Republic of the Congo accounted for 25% and 11% respectively. The other two countries are Mozambique (5%) and India (4%). 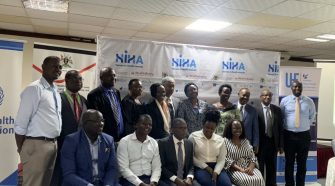