Govt Pledges Full Support to EC Ahead of 2021 Elections

Following the unveiling of the Strategic Plan and Roadmap to the 2021 general elections, government has come up to commit its support to the Electoral Commission to enable it organize a successful and democratic exercise.

In the launched strategic plan and roadmap, the Commission highlighted that they will require a total of Shs 868 billion to organise the 2021 General elections including administrative units (LC1 and LC II) and women councils and committees.

Speaking after the launch, Uganda’s Prime Minister, Dr Ruhakana Rugunda said government is committed to ensuring a credible electoral process, thus ready to render any required support to the Commission.

“The government of Uganda reiterates its commitment in promoting a strong and credible electoral democracy. We will therefore work together to achieve the common objective of a fair and credible electoral process which is characterized by an informed and supportive electorate and indeed mass participation in elections,” he said

“In order to achieve this, I call upon all political parties and organisations to organise themselves in accordance with this roadmap and undertake necessary preparatory activities so that they can lawfully participate in the elections we are talking about,” Rugunda added

He further assured the Commission of government’s commitment to provide funds for the various activities in a timely manner.

“Government shall further take necessary measures to address any areas in the electoral laws that require review and, or amendments.”

“We pledge to support the interventions you have proposed to strengthen good electoral practices and guard our electoral process from potential abuse,” he said.

According to the Electoral Commission’s Chairperson, Simon Byabakama, the Strategic plan and roadmap is as a result of extensive research and stakeholder consultation based on the 2016 general elections, on which they based to identify their areas of weakness and strength.

He said the road map will enable various stakeholders in the electoral process to achieve better planning and implementation, better activity coordination and transparency in implementation of programmes and activities.

Rugunda applauded the Commission for its timely preparation, which he said will deter any candidates from giving excuses in case they fail on their part in the elections.

“I congratulate the members, management and staff of the Electoral Commission on the timely preparation and release of the critical guideline document”.

“It is good to know where you are going especially for political activists and intending candidates, so that there is no excuse to give in case elections do not go as you have planned them as a candidate,” he said.

He said that it was an opportunity for the country to promote citizen participation in elections and help to raise the level of social political maturity among the people of Uganda.

“This demonstrates our commitment to other regional and international protocols and instruments which provide for democratic elections as essential for establishing legitimate authority of government”.

The creation of more administrative units according to the Commission, has also contributed to the increase in the cost of elections in 2021. Uganda had 112 districts in 2016, they are now 122 and the Commission anticipates that they will be 141 by 2021.

The roadmap indicates that both Presidential and Parliamentary and local governments polls will be held between January 11, 2021 and February 9, 2021. 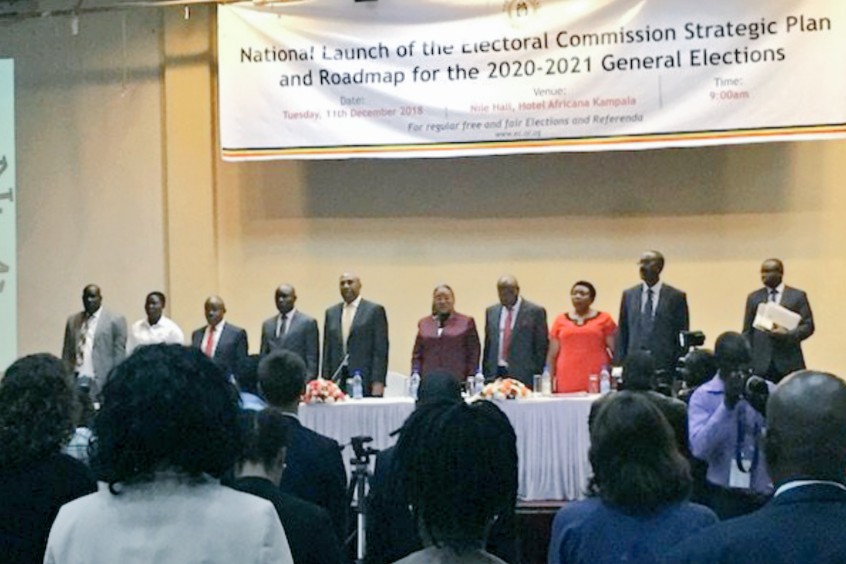