The Ministry of Internal Affairs through the Directorate of Citizenship and Immigration Control has said disciplinary action will be taken against immigration officers who paralyzed business at Entebbe airport on Monday morning prompting fury among disappointed travelers.

On Monday, December 10, the Immigration Directorate was a target of sharp criticism on social media following an incident that left several arriving passengers including tourists who had flown in from Nairobi unattended to. A source said that out of the 22 immigration clearance booths at the airport, only 1 was being attended to.

The concern was first raised by renowned tourism enthusiast and chief executive of Great Lakes Safaris, Amos Wekesa who used his Facebook to vent out his anger as well as voice the concerns of other passengers.

He said he arrived at Entebbe airport from Nairobi on Monday morning on a full plane only to find just one out of 22 counters with an immigration officer. Wekesa said one of the passengers had paid for a visa online but had to spend over 45 minutes on an empty booth waiting to be served.

“This lady [disappointed traveler] was so angry and I apologized on behalf of Uganda,” Wekesa wrote in a Facebook post.

“There were six officers hanging around and I therefore engaged them and shocked by the response, I simply walked out”.

Wekesa who sits on the Presidential Investors’ Roundtable on Tourism (PIRT) said stakeholders including himself had advocated for additional booths at the airport but that to have empty booths was retrogressive to all this effort.

Some other equally disturbed individuals who commented on the post said this inefficiency has been going on for a while, others saying they have personally been affected by similar delays previously.

“This must be sorted. These officers must be told how their actions affect the country. In countries like Singapore we so admire, it will take you 15 minutes from the time you leave the plane to your waiting car,” Wekesa said.

He said that while such inconveniences can be excused at airports that handle humongous volumes of passengers, a country like Uganda cannot afford to be poor (still struggling with few arrivals) and have a bad attitude at the same time.

A seemingly furious Wekesa added; “There are so many young people looking for jobs, why keep the bad ones? How can we claim we want investors and tourists so we earn?”

In response to the concerns, government issued a statement promising to take action on the responsibile immigration officers.

“The Ministry of Internal Affairs (Directorate of Citizenship and Immigration Control) has noted with concern the unfortunate incident which took place this morning Monday 10 December 2018 at around 7am where passengers are said to have arrived at Entebbe Immigration counters when they were not adequately manned,” the statement read in part.

“We have commenced investigations and appropriate disciplinary action will be taken against Immigration Officers who will be found culpable”.

The Ministry also says it has put in place new measures to ensure incidences of such a nature do not reoccur at Entebbe International Airport. Government further reiterated its commitment to continue smooth facilitation of travelers “as we strive to be the model of excellence in immigration service delivery”.

In its statement, government credited Wekesa for exercising his civic duty and bringing the matter to the attention of management through social media and telephone calls.

Government has invested significant amounts of money in upgrading and expanding the Entebbe International Airport in a bid to improve service delivery and convenience. Billions of Shillings have also been spent over the last few years on international PR firms to market Uganda’s tourism in foreign markets on top of similar efforts by private tour operators in attracting business (travelers) to visit a country that boasts of several attractions and cultural diversity.

Tourism is the biggest foreign revenue earner for Uganda, having generated US$ 1.3bn in 2015. 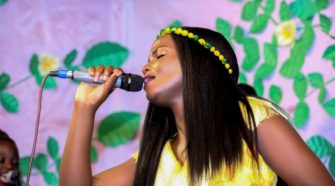