Government has pushed the harvesting period for the December – January Vanilla season by one month, to January next year, owing to changes in weather patterns, such as late rains which resulted into late pollination.

On May 21 this year, the Ministry of Agriculture made a national declaration of Vanilla Harvest Dates as June 15 (for Season 1) and December 15 (for Season 2).

The measure was taken to guide farmers on the right time to harvest their vanilla and hence reduce premature harvests, curb theft and ensure that good quality vanilla is exported from Uganda.

However, on Thursday, the Minister of State for Agriculture, Christopher Kibanzanga announced that the harvest dates for the Second seasons have been adjusted from December 15, 2019 to January 15, 2020.

He further warned that anyone found harvesting or in possession of vanilla before this date will be dealt with by government accordingly.

He said that this is aimed at addressing the challenges of premature harvesting, theft and resulting poor quality, if Uganda is to secure the market and enable Vanilla farmers enjoy a sustainable price and continue to grow the crop.

“Farmers are required to pick only mature ripe vanilla beans. I would like to direct all my Ministry Staff to work closely with the Private Sector to further popularize this new harvest date and work with key agencies to enforce it,” the Minister told reporters in Kampala on Thursday.

Kibanzanga noted that whereas it is a well established fact that vanilla becomes fully mature at 9 months after pollination, adjustments were made in the harvesting season from December this year to January 2020.

This, he said, was due to changes in weather patterns, such as late rains which resulted into late pollination across all the key vanilla producing regions in Uganda.

“Stakeholders observed that the bulk of vanilla for the next season would start ripening around the second week of January, 2020, as opposed to the earlier declared date of December 15, 2019”.

“On the basis of our consultations with key vanilla value chain actors – exporters, farmers, and district production staff, among others – we wish to make adjustments in the harvest dates for the second season”.

He said announcing and enforcing the right harvest dates has proven to be an effective measure in guaranteeing high vanilla quality.

“As a country, we have a huge opportunity to position ourselves as the world’s leading supplier of premium quality vanilla, in light of the favorable climate, two crop seasons, good soils and organic or traditional farming practices, which, mostly, entail no usage of synthetic chemicals”.

Supply of poor quality vanilla resulting from the premature harvesting and poor processing practices by dishonest actors remain barriers to Uganda’s opportunities to sell Vanilla to the international market, the Minister said.

Addressing this, he said, will require appropriate regulatory framework at the national, district and sub-county levels, which will enable farmers to keep vanilla beans on the vines until maturity.

There is an increasing demand for all-natural and organic vanilla from major Global food companies especially in Europe and North America.

In 2015, Nestle announced a major plan to go all-natural for all their products and eliminate artificial additives. Global consumption of vanilla has averaged between 2,100MT to 2,400 MT per year over the last 10 years.

However, the most recent market trends indicate that supply from the key producing countries including Madagascar, Indonesia, Uganda and others is now picking, which, in effect, means that prices will continue to fall in the near future. 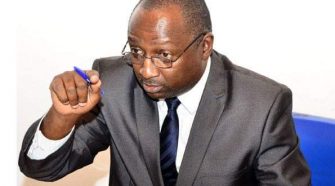