After a two-week-long halt, government has announced it will be resuming the phased repatriation of Ugandans currently stuck abroad, with the next scheduled flights coming from the U.S. and Qatar.

The Ministry of Foreign Affairs announced earlier this month that it was halting the repatriation process, citing the large numbers of returnees that had taken up the space in quarantine facilities.

“Accordingly, the relevant MDAs that are caretaking the returnees have requested that we pause for a break in the arrivals for a period of approximately two weeks starting July 4 so as to enable them efficiently manage the numbers that are already in mandatory quarantine,” Ambassador Patrick Mugoya, the Permanent Secretary in the Ministry of Foreign Affairs wrote in a July 3 notice to all Ugandan missions abroad.

“Repatriation will therefore resume after decongesting the quarantine facilities,” he added.

In its latest update, the Ministry of Foreign Affairs has said the repatriation process will resume this Saturday.

There are scheduled flights from Washington DC and Doha this Saturday, and another flight from Ottawa (Canada) on Sunday.

The Ministry says additional repatriation flights will be communicated in due course.

“The Ministry of Foreign Affairs wishes to reiterate the commitment of government to the speedy return of Ugandans who were stranded abroad due to the Covid-19 pandemic”.

As of July 4, Uganda had repatriated close to 1,000 of its citizens and legal residents from different parts of the world including UK, Ireland, Iceland, Afghanistan, India, Dubai, South Africa, South Sudan among others. 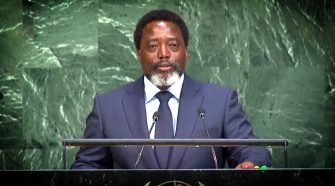