Government has said that the suspects arrested in connection to the recent abduction of an American tourist and a tour guide, total to eight.

On Tuesday, Police said that a joint security operation has resulted into the arrest of some suspects for allegedly abducting Kimberly Sue Endecott and Jean Paul Mirenge (tour guide) in Queen Elizabeth national park last week. However, the Police spokesperson, CP Fred Enanga was hesitant to disclose the number of those arrested citing security reasons and caution not to jeopardize an ongoing investigation.

He said all the suspects were Ugandans but could not reveal their identities either.

The government spokesperson, Ofwono Opondo has Wednesday revealed that the arrested were eight in number, contrary to some media reports on Tuesday that were putting the number at two.

“By last evening, 8 suspects identified as Ugandans had been arrested in connection to kidnapping of the American tourist Kimberly and her tour guide,” Ofwono Opondo said in an update on Wednesday.

“Others have also been positively identified but not yet arrested. We hope the arrest of these 8 should be able to lead to the eventual arrest of the whole network in Uganda and the restive jungle of the DRC,” he added in his statement.

Opondo reiterated that Uganda is very safe for both the Ugandan citizens, the general public and especially the tourists. Quoting statistics from last year, he said Uganda received 1.7 million tourists and that none of them had any incident that placed them in harms way.

“We have not had any incident where a tourist is harmed since 1999 when 3 tourists were killed by (Rwandan) rebels in Bwindi national park. This should reassure the world that Uganda is a very secure place to travel to, to enjoy the vacation, do business, invest in”.

Meanwhile, government has taken a jab at U.S President, Donald Trump for his recent tweet in which he called on Ugandan authorities to quickly prosecute the kidnappers of Kimberly.

“Uganda must find the kidnappers of the American Tourist and guide before people will feel safe in going there. Bring them to justice openly and quickly!” Trump tweeted Monday.

Uganda’s government spokesperson said Uganda doesn’t need a lecture from Trump on how to deal with its security.

“The comments made by President Trump that the world will not feel safe unless these people are arrested… First of all, we don’t need his lecture. This is the normal course of duty for any reasonable and effective government – to protect its citizens and to protect its borders and those that come into this country”.

“And we are ably doing that,” said Opondo.

“Our judicial system is open, transparent and credible. We do believe that the arrests made should be able to convince the world that actually, our judicial system works. We don’t have to go into arguments with Mr Donald Trump or anybody”. 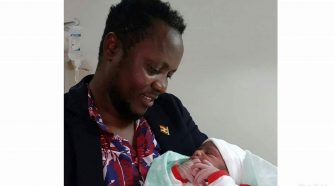