The Ugandan government through National Water and Sewerage Corporation (NWSC) has taken over the mandate of managing the provision of water in Rwamwanja refugee settlement, Kamwenge district.

It follows an agreement that as signed Wednesday between NWSC and the UN High Commissioner for Refugees (UNHCR) in Uganda.

The agreement will ensure reliable water provision for more than 84,000 refugees and local Ugandans in the south-west of the country.

Under the Memorandum of Understanding, the NWSC will take over the management of the water distribution system and assets from UNHCR and the Office of the Prime Minister (OPM) in Rwamwanja refugee settlement.

The system has been managed and maintained by UNHCR and OPM since 2012, when the settlement was reopened to receive new refugee arrivals from the Democratic Republic of the Congo (DRC).

In Rwamwanja settlement, water is currently supplied through six motorized boreholes (five solar-generator hybrid and one fuel-driven), 82 manual boreholes and shallow wells and six protected springs, which now will be integrated into the national water supply system.

A joint statement by NWSC and UNHCR Uganda states that refugee and local communities in and around the settlement will receive an average of 20 litres per person per day (l/p/d) once the scheme becomes fully operational, up from the current supply of 17.5 l/p/d.

“As part of the initiative, the existing water network will be further extended, bringing water closer to the communities and reducing the waiting time at water collection points,” the statement adds.

Joel Boutroue, the Country Representative for UNHCR in Uganda said; “We are grateful for the ongoing efforts of the Government of Uganda to integrate refugees in government service delivery systems”.

“This is in line with the spirit of the Comprehensive Refugee Response Framework (CRRF) and the need to leverage government institutions in providing more sustainable solutions for refugees and their hosts,” Boutroue said, adding that the support from development partners is critical to take initiatives like this to scale. 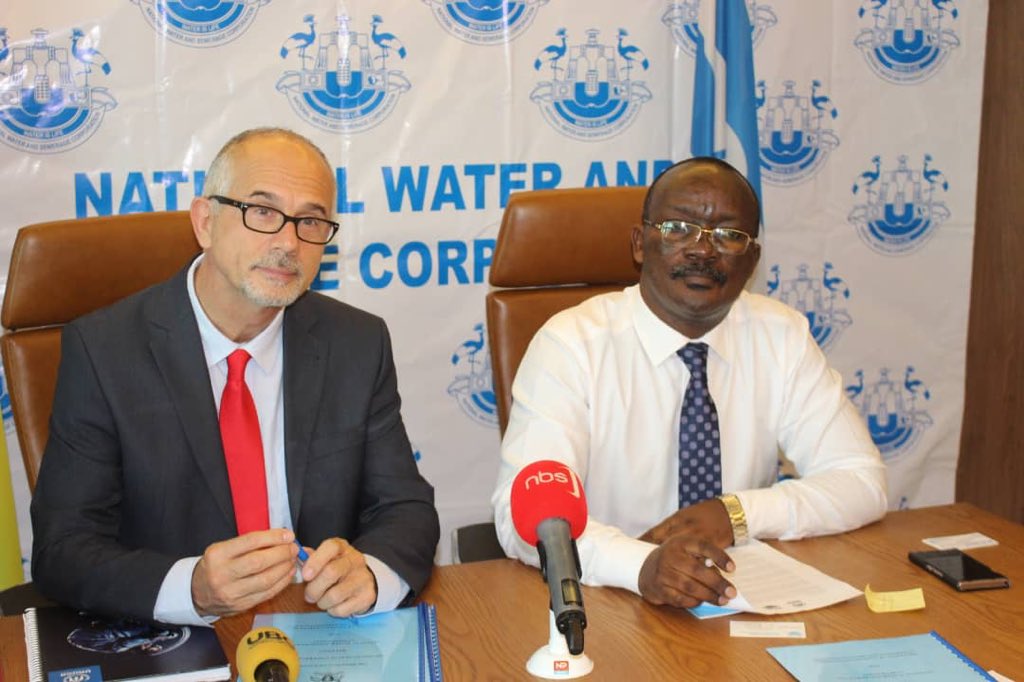 On his part, Dr. Eng. Silver Mugisha, Managing Director of NWSC said the water agency was happy to be able to provide water to refugees who are a vulnerable section of the Ugandan population.

“We will provide safe clean water and guarantee efficient and reliable service. NWSC is committed to providing water for all,” Mugisha said.

This initiative is in line with NWSC’s current Service Coverage Acceleration Project (SCAP100), seeking to connect water to 12,000 villages by the end of 2020, he commented.

Uganda is currently home to approximately 1.34 million refugees, with more than 79,000 new arrivals since January this year.

The government launched the CRRF in March 2017, calling for a whole-of-society approach to better manage refugee influxes and find long-term solutions to address the needs of refugees and the communities that host them. 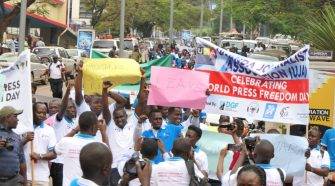