The Attorney General on behalf of government is set to appeal the recent ruling by the Constitutional Court nullifying Section 8 of the Public Order Management Act.

The Police Spokesperson, CP Fred Enanga revealed this on Monday.

“We would like to inform the public that the police as a law abiding institution, welcomed the ruling by the Constitutional Court of Uganda, that annulled section 8 of the Police Order Management Act, 2013,” Enanga said in a statement.

The section gave discretionary powers to the police, to stop or prevent the holding of a public meeting, where the public meeting is held contrary to the Act.

Enanga says a task team led by the Director Legal and Human Rights Services is working with the Attorney General, to appeal against the ruling.

Four of the five Justices of the Constitutional Court that Section 8 is unconstitutional and is null and void. Justice Kenneth Kakuru ruled that the POMA through its unregulated application by Police sets limitations that are far beyond what is demonstrably justifiable in a free and democratic society and as such is inconsistent with Article 2(2), 21 (1) and (2), 21 (3), 29 (1), 30, 38 (2) and 43 of the Constitution.

The four Justices said all acts done under the law are hereby declared null and void.

The 2013 the law that regulates public gatherings, which has been a point of contention for opposition politicians and rights campaigners.

POMA was crafted against the backdrop of the chaos and running battles that erupted from FDC strongman Dr Kizza Besigye’s walk-to-work demonstrations and and ‘Save Mabira’ riots in Kampala.

But since its enactment, the law has largely been evoked to quell rallies by the political players in the opposition considered ‘unlawful’ by the Police.

The law gives police legal powers to stop a ‘public meeting’ and under Section 5, an organiser of such a meeting is compelled to give notice in writing to the authorized officer, at least three days but not more than 15 days before the proposed date of the public meeting.

The same law gives Police the discretion to grant or deny permission to the person intending to hold the event, if either Police learns that the venue or the event is likely to be used to break the law.

But the bone of contention especially for Opposition and other actors such as the civil society has been the interpretation or misinterpretation of the law, claiming the authorities (particularly the Police and government) wrongfully use it to sabotage their activities. 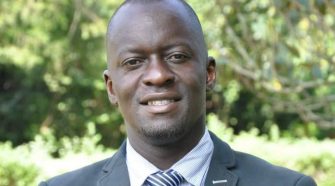