Government of Uganda is set to borrow Euro 120 million (Shs 512bn) to go towards the development of water and sanitation infrastructure for the Mbarara and Masaka areas.

The loan financing will be sourced from the French Development Agency – AFD.

The proposal to acquire the loan was approved on Monday during a Cabinet meeting at State House Entebbe. The Cabinet resolutions were communicated to the press on Tuesday by government spokesperson, Ofwono Opondo at Uganda Media Centre.

Opondo said the funds will be used to improve the health, living standards and productivity of the population in the project areas, regardless of their social status or income.

“This will be done through equitable provision of adequate and good quality water supply and improved sanitation services at acceptable and sustainable basis,” Ofwono Opondo said.

Under this project, existing water and sanitation infrastructure will be upgraded, expanded and developed in different townships of Mbarara, Insingiro and Masaka.

The project will ensure adequate water provision in the Greater Kampala Metropolitan Area by addressing the growing water supply challenges through development of new infrastructure as well as rehabilitation and expansion of existing system.

Government says this will improve the health and living standards of the target population including the vulnerable and disadvantaged groups such as the urban poor through improved access to clean water. 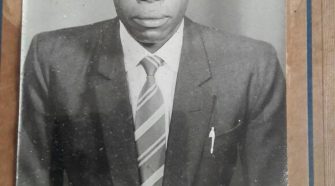